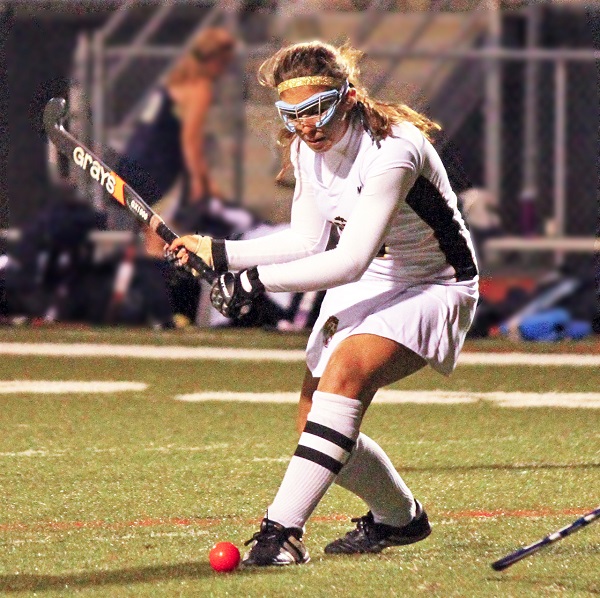 The Norwin Knights visited Newman Stadium on Tuesday evening to face the section leading NA Tigers, who continued their winning ways, controlling nearly all of the game’s offense and deftly breaking through the Norwin defense with seven different goal scorers.  The Tigers were on the clock early, just 1:10 into the game, when senior Briget Zehr put a shot past the Norwin goalie following a tip from sophomore Maddy Snyder.  Zehr would score her second of the game, again on a pass from Snyder, at the 10 minute mark.  Less than three minutes later, it would be junior Kailey Vogl who directed a great pass to set up senior Bree Monnin’s, who scored on a reverse tip that put the Tigers up 3-0.  With five minutes remaining, Vogl would carry the ball into the circle from the left of the goal, and knock her shot past the goalie to wrap up the first half scoring.

The Tigers would return to the field and maintain the pressure on Norwin, spacing out their scoring throughout the second half.  Junior Jessica Brandon would carry the ball into the circle and take a shot to go ahead 5-0 just minutes into the half.  Next it was sophomore Catie Kelly who retrieved a pass from senior Liza Pucciarelli and dunked her shot halfway through the period.  The junior duo of Nicole Burns and Hannah Downing also connected, when Burns passed to Downing, who blasted a shot into back boards.  With about 10 minutes remaining, senior Veronica Iriart would press toward the goal and finish off the scoring for the Tigers, after receiving a pass from junior Alyssa Leonard.  Tiger goalie, junior Isley Smith made the lone save for NA, when a Norwin forward squeezed past the Tiger defense and was able to take a shot before being turned back up field.  The NA offense connected on 8 of their 17 shots in the contest.

The Tigers face a vengeful Penn Trafford team on Saturday at Newman Stadium.  NA beat Penn Trafford in a close match earlier in the season and plans to continue their success against the Warriors.  Please join the Lady Tigers in honoring senior players on Saturday for Senior Night.  Game time is set for 7:30 (jv 6:00.)