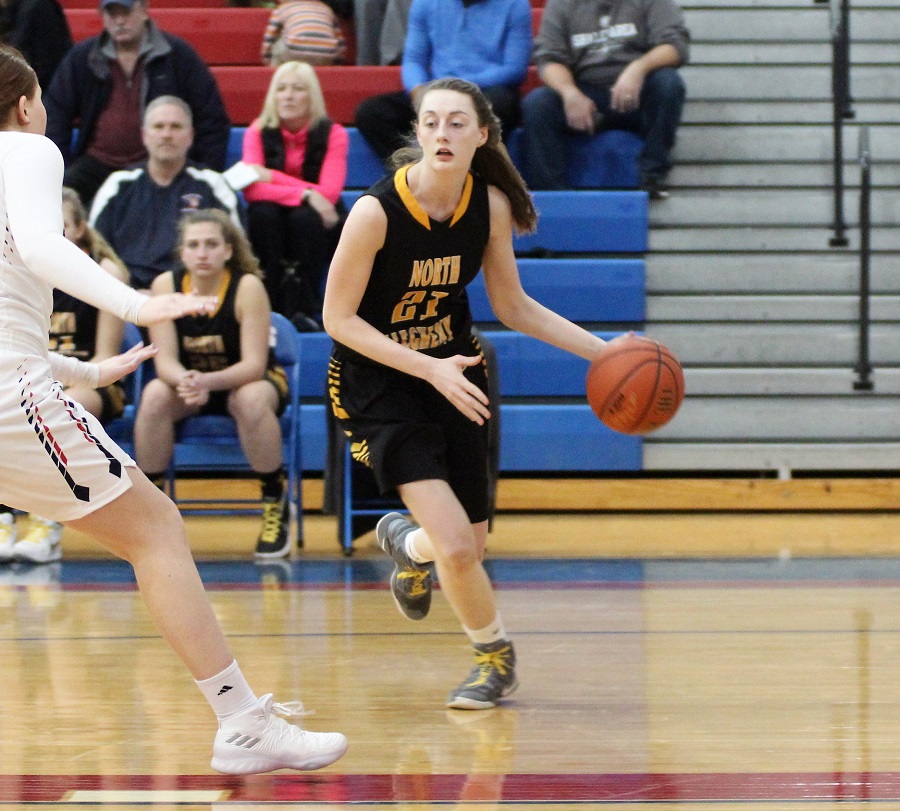 North Allegheny used a barrage of 3-pointers to sink the Shaler Titans on the road, 58-41, in Section 1-6A action on Monday night. The Tigers shot 10 of 14 from beyond the arc in the first half and totaled 13 treys for the game. Thanks in large part to their 3-point shooting prowess, the Tigers led 39-18 at the half and coasted to the win in the second half.

The top sharpshooters for NA were Piper Morningstar and Rachel Martindale who poured in four treys each. Morningstar netted 15 points and added seven rebounds, two blocks and a steal. Martindale totaled 14 points with six rebounds, four assists and one block.

Joining the 3-point party were Courtney Roman and Brynn Serbin who tallied two 3-pointers apiece. Junior Brooke Barcia chipped in with a 3-pointer as well.

For Shaler, Meg Lydon was the lone player in double figures with 17 points, five rebounds and five assists.

North Allegheny improves to 14-0 overall and 6-0 in Section 1-6A. Shaler slips to 7-8 overall and 3-3 in the section. The Lady Tigers will host Pine-Richland on Thursday night in a game that will be broadcast live via the internet on the North Allegheny Sports Network.