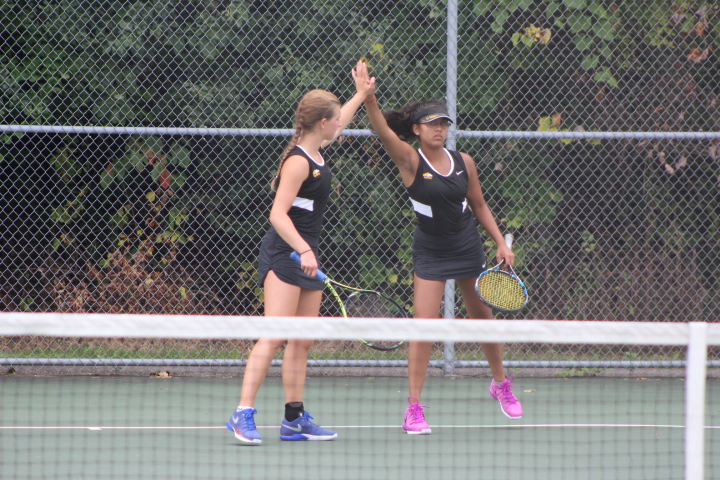 The Lady Tigers continue to dominate on the hard court as they shut out yet another opponent in the Beaver Bobcats 5-0.  So far in the 2016-17 campaign the Lady Tigers have only yielded one team point and otherwise rarely give up a set.  Today was no different as again all matches were won in straight sets.  Leading the way for NA was Anna Li at #1 singles who won 6-0, 6-2.  Tina Li only gave up one game at #2 single cruising to a 6-0, 6-1 victory, while Ashley Huang swept both sets 6-0, 6-0.  In the four sets played in doubles the teams of Rebekah Rest/Riya Yadar and Katherine Ambrose/Kimberly Delsignore only yielded 5 games in total cruising to 6-0, 6-2 and 6-1, 6-2 respectively.  The Lady Tigers will return to section play on Monday when they host Seneca Valley at NASH.  Match time is set for 3:30.