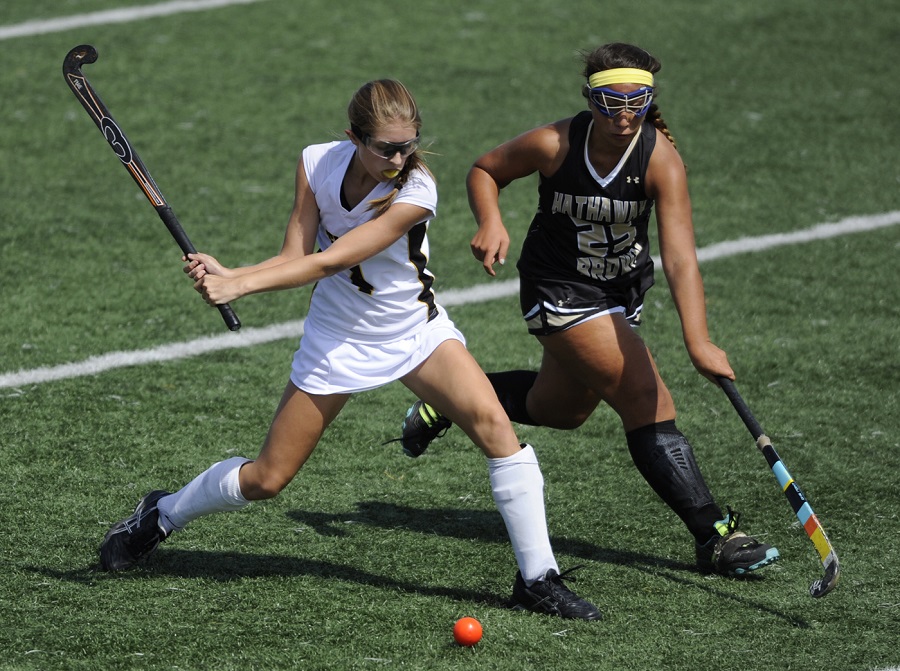 The Lady Tigers met Hathaway Brown on neutral turf on Saturday, playing to a 1-0 win at Pine Richland Stadium.  NA took the lead early, scoring the game’s only goal at the 46 second mark on a crisp shot by sophomore Maddy Snyder.  The Tigers would maintain possession throughout much of the half, mainly stopping Hathaway near midfield before they could mount any serious threats.  With a test of the Hathaway goalie, NA would take 4 more shots on goal before the buzzer sounded.  At the Tiger’s end of the field, the half would be nearly over before Hathaway forced a scoring chance on their only first-half penalty corner.   Junior goalie Isley Smith registered the save on a Hathaway shot with less than two minutes remaining.

The second half saw no scoring, though NA displayed similar second-half stats, with 7 penalty corners.  The Tigers would force the play into the Hathaway defensive zone throughout the half, adding another 6 shots on goal for a total of 13.  Despite NA’s failure to tally another goal, they showed tenacity as they repeatedly broke up many of Hathaway’s offensive plays before their opponent could reach the shooting circle.  Hathaway would mount only two more shots on goal that were deftly stopped by senior goalie Morgan Mendenhall.  Though the Tigers did not display their most fluid game, the team went on to defeat this powerful Ohio opponent with a final score of 1-0.