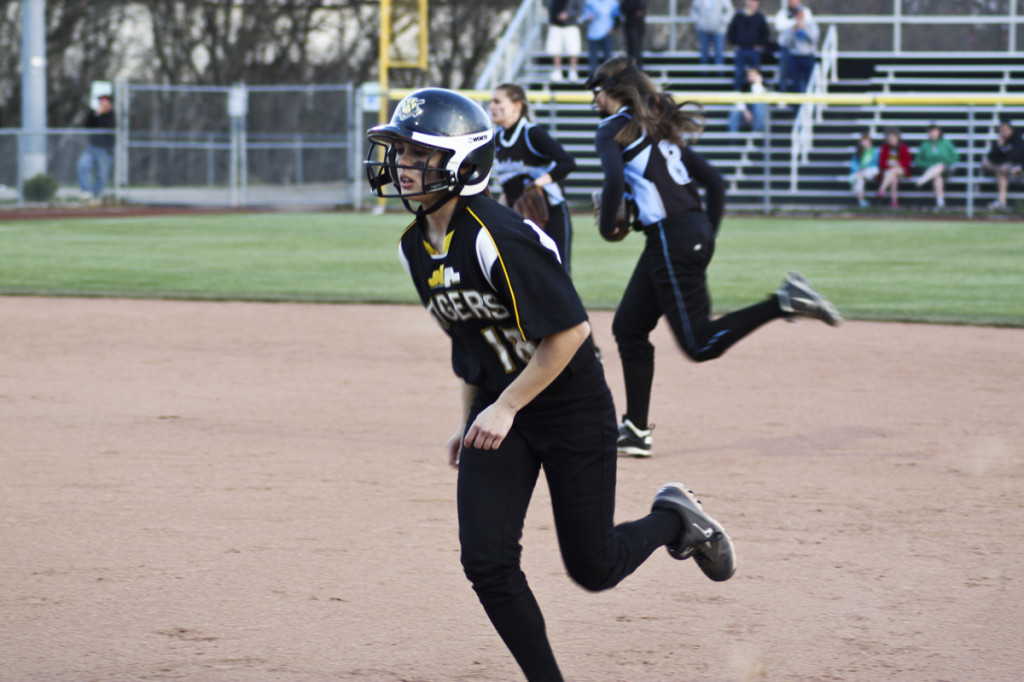 After four consecutive road victories to open the 2014 season, the North Allegheny Varsity Softball team suffered its first loss of the season in road game number five at Seneca Valley on Friday afternoon, with a solid Raiders team prevailing by the score of 9-4.   The Raiders struck first in the bottom of inning number one, parlaying five hits and a walk into five runs to take a lead that they never surrendered.  The Tigers fought back with single runs in the second and third innings to narrow the gap to three runs, but could get no closer as the teams traded runs to get to the final 9-4 margin.