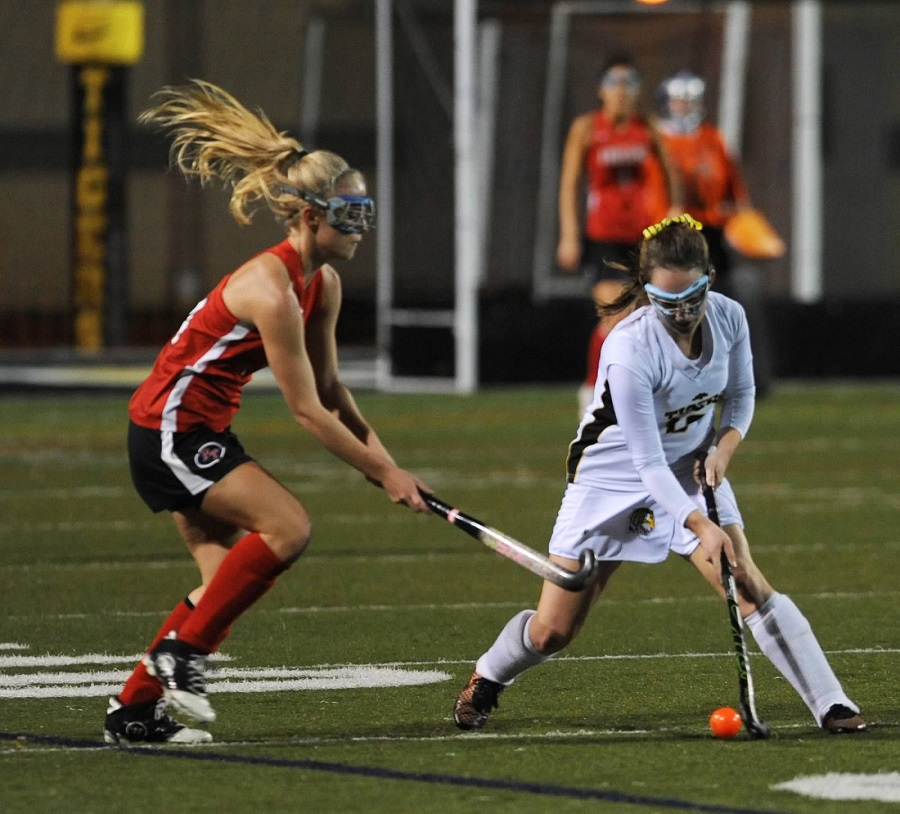 North Allegheny continued its bid toward a WPIAL three-peat with a thrilling 1-0 victory over Peters Township in the Class AAA semifinals. As the remnants of Hurricane Patricia passed through western Pennsylvania on Wednesday, it left a damp Newman Stadium in its wake. Fortunately, the rain stopped just before game time and the wet turf did not play a factor in the game’s outcome.

The Tigers and Indians had met twice in the previous five seasons in the WPIAL semifinals with North Allegheny winning both times, in 2010 and 2013. In the 2013 contest, it took double overtime before NA netted the game winning goal against sophomore goalie Melanie Stevans for a 1-0 victory.

Now a senior, Stevans and the Indians gave an impressive showing in this rematch against the two-time reigning champions. Peters Township’s aggressive play in the midfield helped keep it in frequent possession of the ball in the first half and had the Tigers on their heels. However, North Allegheny had the best scoring chance in the first half when junior Brooke Cameron put a hard shot on net with 15:40 on the clock but Stevans made a tremendous kick save to keep the game scoreless. North Allegheny appeared to settle in as the half progressed and generated three penalty corner opportunities and five total for the game.

In the second half, Peters Township garnered five penalty corner tries and nearly took the lead with 26:00 to play but the Indians shot clanged off the right post and the score remained, 0-0. While that shot may have rattled the post, it did not rattle the Tigers as the feisty play of NA’s midfield, including Maddie Birmingham, Jessie Serody and Catie Kelly, eventually buckled the Indians midway through the second half.

With 17:20 remaining in regulation, senior forward Maddy Snyder passed the ball from the left wing into the circle to Cameron. Initially stopped on a save by Stevans, Cameron swatted home the rebound into the back of the Peters Township net to give the Tigers a 1-0 lead. For her efforts, Brooke Cameron was named the Wright Automotive Player of the Game.


The Cameron goal, her seventh of the season, proved to be the game winner as the Tigers won by the same score as they did in the 2013 semifinal game against Peters Township, 1-0. North Allegheny advances to the WPIAL finals for the third straight season and will take on the Section 2 champion Fox Chapel Foxes on Tuesday night. The game will be played at Newman Stadium with the start time slated for 8:00 pm. North Allegheny will also play host to the Class AA title game with a 6:15 pm start.