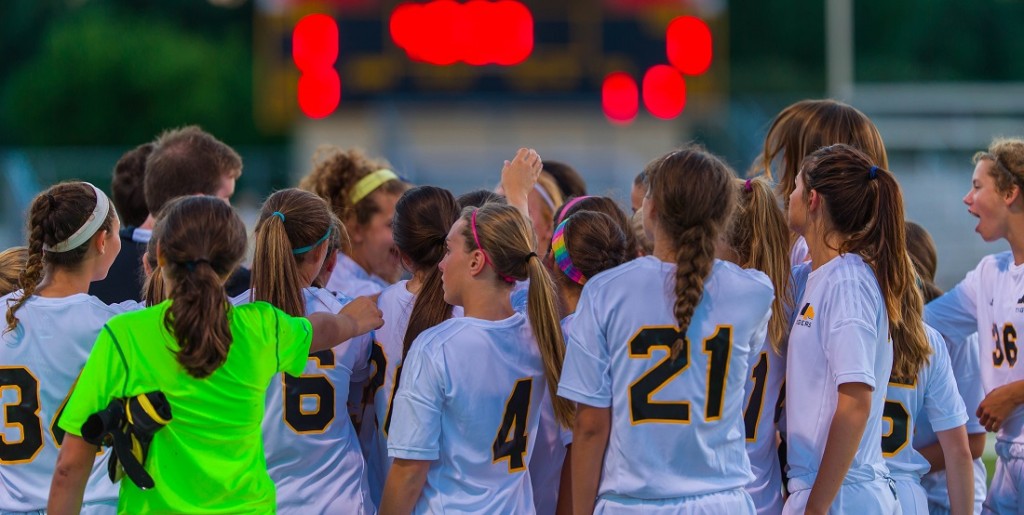 After non-section defeats to Norwin in each of the last three regular season finales, the North Allegheny girls soccer team finally solved the Knights Tuesday with a 2-1 win under the lights at Newman Stadium. The Lady Tigers used a goal by junior midfielder Sarah Chomos with less than 12 minutes remaining in the second half to break a 1-1 tie and secure the victory.

Chomos’s goal came on a ball served from the right corner across the goalmouth by senior midfielder Megan Van Kirk. The ball floated just over the outstretched arms of Norwin goalkeeper Cayla Imbarlina, landing at Chomos’s feet on the far post. The junior made no mistake, burying the shot from just a few yards out.

North Allegheny’s game-winning marker only came after Norwin’s Abby Tarosky had tied the contest at 32:01 of the second half on a free kick by Abby Churchfield.

Following Tarosky’s equalizer, North Allegheny goalkeeper Maddie Martin made some crucial saves to keep the game tied, and the senior continued her strong play after the Tigers had reclaimed the lead.

In an evenly matched first half, North Allegheny notched the only tally just past the midway point. Van Kirk played a high cross into the center of the box. There, Chomos challenged Imbarlina who was unable to corral the ball or knock it out of danger. The loose ball bounced right to the feet of junior midfielder Savana Yurick at the top of the box. Yurick lofted a soft shot over the head of a Norwin defender trying to protect the empty net for the goal.

For her game-winning goal and hand in the Tigers’ first tally, Chomos earned the honor of being named the Wright Automotive Player of the Game.

The Tigers—co-champions in Section 2-AAA—now wait for the unveiling of the WPIAL playoff pairings, which will occur tonight at 7 p.m. The postseason figures to get underway this weekend.