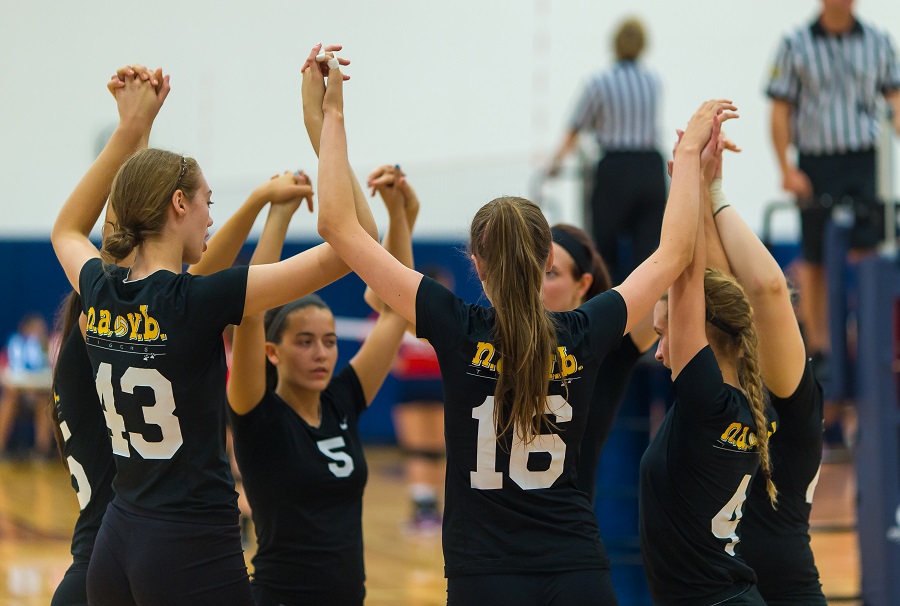 The North Allegheny Girls’ Volleyball Team opened the 2014 regular season schedule with a 3-1 victory over section foe Pine-Richland on Tuesday night. Senior Meg Morningstar led the Tigers with a team-high 16 kills as NA claimed the match by set scores of 25-21, 26-24, 25-27, and 25-18.

After losing setter Beth Muhlenkamp in the preseason to a season-ending knee injury, junior Carley Knobeloch has taken over as the floor general and set the whole match against the Rams. Knobeloch added two aces.

North Allegheny starts the season 1-0 overall and in section play. The Rams fall to 0-1 overall and in Section 3-AAA.  The Lady Tigers will have another tough section test on Thursday night with a home match against the Seneca Valley Raiders at 7:00 pm.  The match will be broadcast live via the internet on the North Allegheny Sports Network.