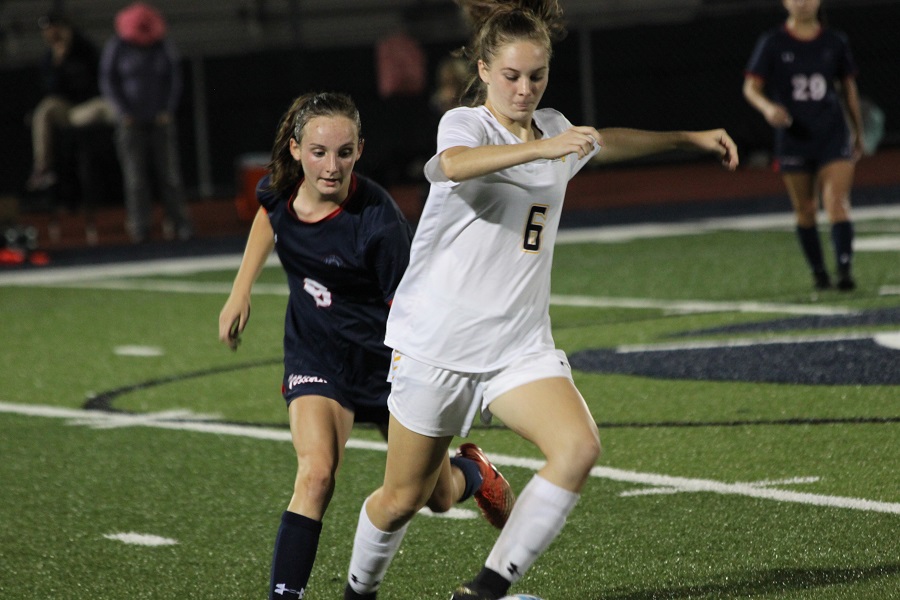 The North Allegheny Lady Tigers got back on the goal train early in their section game against Shaler on Monday night en route to a 7-0 blowout of the host Titans.

The Lady Tigers ended a 160-minute plus goal drought early in the match when junior Hannah Kirkpatrick found a streaking Ava Ruppersberger for a 1-0 lead 2:28 into the contest.

Senior Alex Adams assisted on a Sarah Schupansky goal at 15:04 for a 2-0 lead.  After a trip in the box, Adams scored her first goal of the game off of a penalty kick at 37:22 to improve the NA lead to 3-0.  Ruppersburger assisted on Adams’ second goal two minutes before the end of the half to make it 4-0 Tigers at the break.  North Allegheny dominated play and the corners were even at 2-2 for the half.

Adams continued to dot the score sheet in the second half when she assisted on senior Morgan McConnell’s first goal of the year at 7:30 for a 5-0 lead. Schupansky launched a shot past the Shaler goaltender at 17:02 for her second tally of the evening to make it 6-0, Tigers.  Freshman Lauren Wilhelm finished off the scoring when she got her first varsity goal off a feed from Ruppersberger late in the half to put the game out of reach for the Titans, 7-0.

The win moves the Lady Tigers to 7-4 overall and 6-3 in section 1-AAAA.  The Lady Tigers will be back in action Wednesday night in a non-section home match against Penn-Trafford in a rematch of the PIAA first round playoffs from last season. The game will be broadcast live via the internet on the North Allegheny Sports Network.