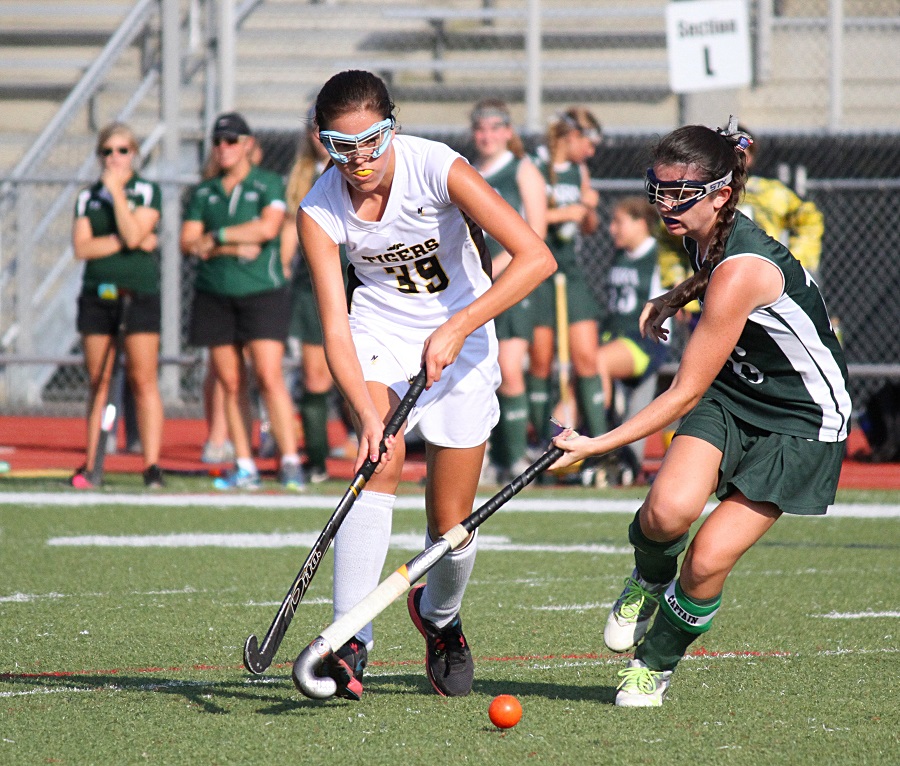 The North Allegheny field hockey team opened their season against visiting Western Reserve Academy with a well-rounded game on Saturday, resulting in a win of 6-2.  The Lady Tigers took a 5-1 lead in the first half and held steady throughout the remainder of the game.  Senior Bre Monnin opened the scoring for NA with an assist from sophomore Maddie Snyder.  Junior Jessica Brandon followed suit a minute later, registering a goal that continued the strong NA offensive.  Snyder scored next, and would ultimately record a hat trick for NA, with two of her three goals occurring in the first half.  Junior Kailey Vogl also managed to knock in a goal on a hard shot that blistered past the WRA goalie.

Solid midfield play by juniors Megan Guzzardi, Hannah Downing, and Nicole Burns, as well as senior Agathe Jaillard enabled the front line to do their job effectively.  Sophomore Catie Kelly also furthered the cause with some key plays to move the ball up field.  The opening game showed good balance with a driving offense and aggressive midfield.  The defense held their own against the opponent’s attack, allowing only a few chances for the WRA offense to approach the goal.  Much of the game was played in the NA offensive zone, allowing the Tigers many opportunities to test the WRA goalies and make their mark on the scoreboard.