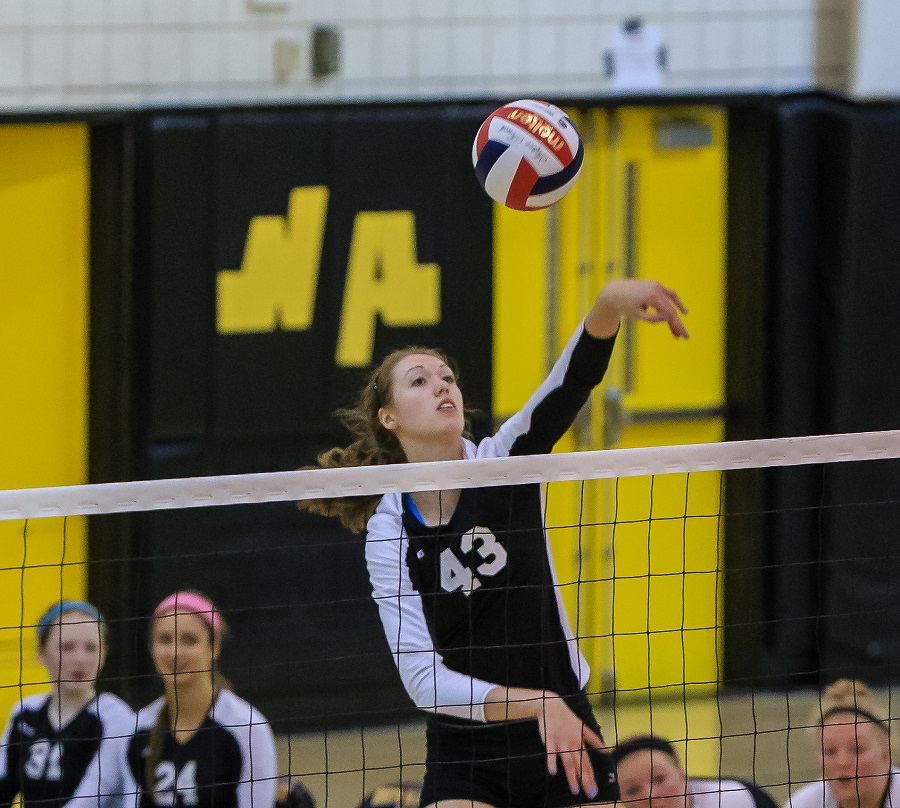 The North Allegheny girls’ volleyball team finished up the Section 3-AAA schedule on Thursday night with a 3-0 victory over the North Hills Indians. The Tigers, who had already locked up a section title, beat the Indians by set scores of 25-18, 25-19 and 25-10.

It was senior night at NASH and a pair of seniors stepped up against the neighborhood rival Indians. In set one, Michigan State recruit Lauren Swartz used both finesse and her rocket left arm to rack up seven kills, one block and an ace. The Tigers built a 12-4 lead, but to their credit, the Indians fought back to tie the game at 12-12 behind four aces from Nicole Pampena and three kills by Rachel Licastro. Thanks in part to the play of Swartz, and outstanding defense, the Lady Tigers finished off the Indians in set one, 25-18.

In set two, it was senior Annika Chang who spearheaded the North Allegheny attack with six kills and a block assist en route to a 25-19 win. The third and final set was thoroughly dominated by the Tigers who raced to a 16-4 lead behind the big swings of Maria Mosbacher. The junior outside hitter tallied five kills in the set, while senior Mattie Taggert added four more in a 25-10 rout to wrap up the section win.

North Allegheny improves to 16-0 overall and 12-0 in Section 3-AAA. North Hills finishes the season with a 4-8 section mark. The Lady Tigers will host the NA Invitational on Saturday and then await the WPIAL playoff pairings which will be announced on Monday.