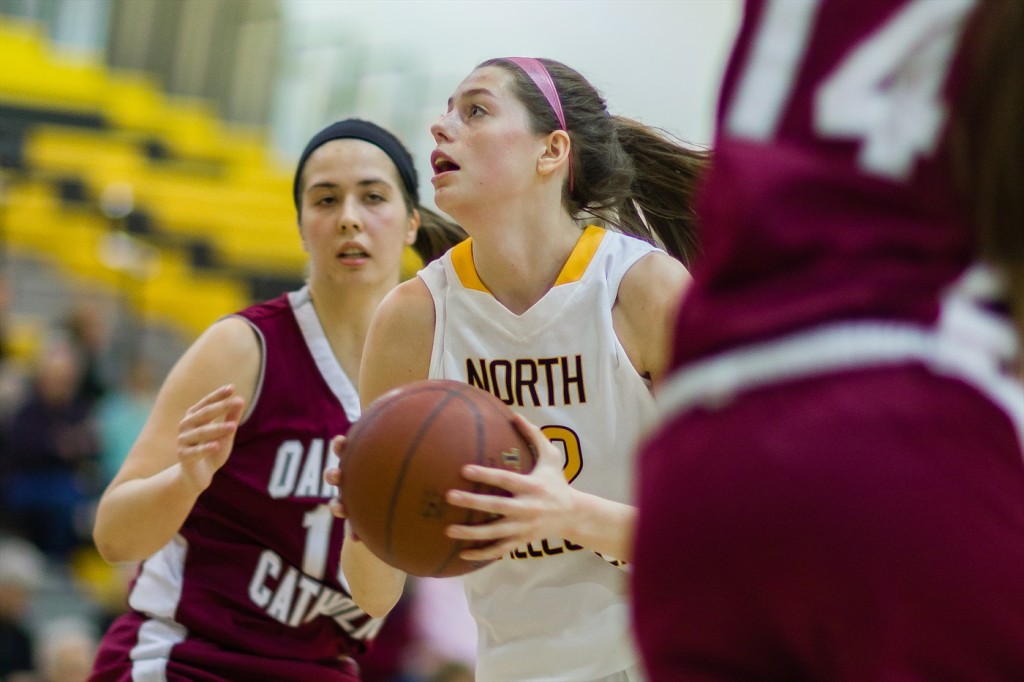 The Lady Tigers decimated the Oakland Catholic Eagles on Friday night for a 71-34 Section 3-AAAA victory and their 13th straight win.  North Allegheny leaped to a 37-12 lead by halftime and coasted to the finish line in the second half.

The one-sided nature of the game was attributed to North Allegheny’s ability to dominate the glass, outrebounding the Eagles, 46-22.  The Tigers had more offensive rebounds, 25, than the Eagles had entirely.

A commanding figure in the paint and on the scoreboard was NA senior Meg Morningstar who paced the team with 19 points and seven rebounds.   Morningstar also dished out four assists and was named the Wright Automotive Player of the Game.

North Allegheny jumps to 17-2 overall and 9-1 in Section 3-AAAA with the win.  Oakland Catholic drops to 2-18 overall and 2-9 in section play.  The Lady Tigers will visit Seneca Valley on Monday night at 7:30 pm.