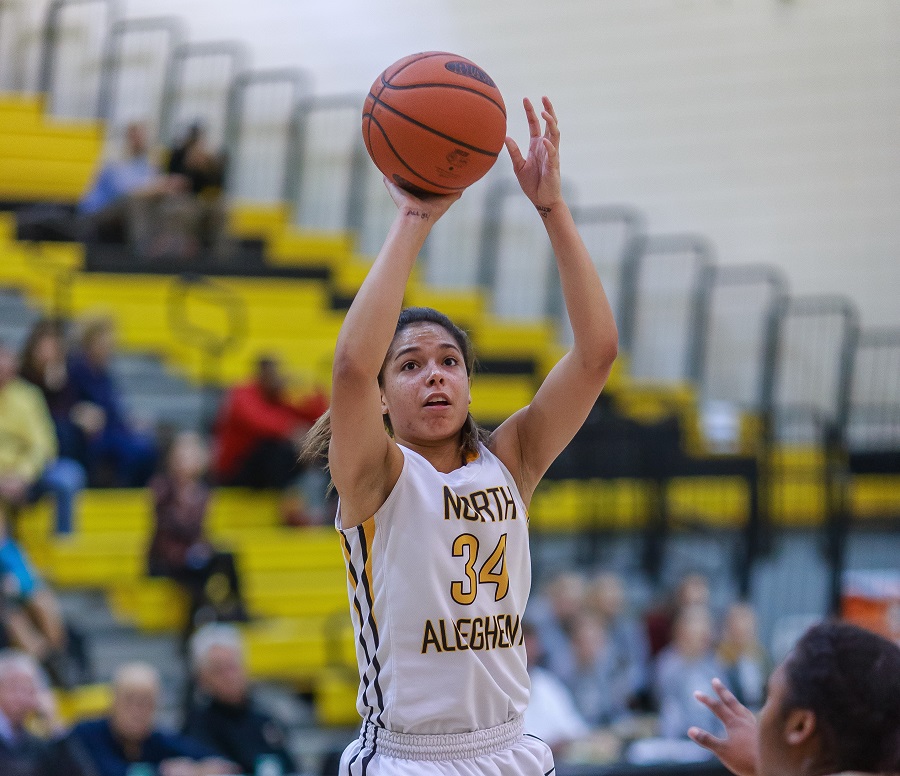 The Lady Tigers played a familiar foe in game two of the Wright Automotive Tip-Off Tournament. The Norwin Knights were coming off a victory against Altoona on opening night and the Tigers prevailed against Penn Hills on Friday as well. These teams split last season in two very dramatic contests and this game came down to the wire as expected.  It did not look like that was going to be case when the game began, however.

The Tigers jumped out to a 13-0 lead before Norwin scored its first points of the game nearly seven minutes in.  Norwin was as cold as it was outside shooting but did manage to score the next ten points to cut the lead to three at 13-10.  Courtney Roman was hot from the outside for North Allegheny, again hitting her first two shots. Along with Haley Zeise doing damage on the inside, the Tigers led by three at the half.

North Allegheny started out strong in the third quarter by scoring the first nine points of the second half to increase their lead to twelve, getting three pointers from Roman and Piper Morningstar. The Knights would not go away, however, and they continued to chip away until the end.  In the fourth quarter, the Tigers defense made some key stops as Brynn Serbin made a couple of blocks along with a steal.  The Tigers had problems at the line down the stretch, missing three back ends of bonus situations which almost cost them.  The Knights missed a three-point shot at the buzzer that would have sent the game into overtime.  The Tigers were led by Zeise with 15 points and Roman with 12 who connected on four 3-pointers.  Haley Zeise was named the Wright Automotive player of the game.

The Tigers will close out the tip-off tournament on Monday night against Blackhawk.  You can hear the game on the North Allegheny Sports Network.