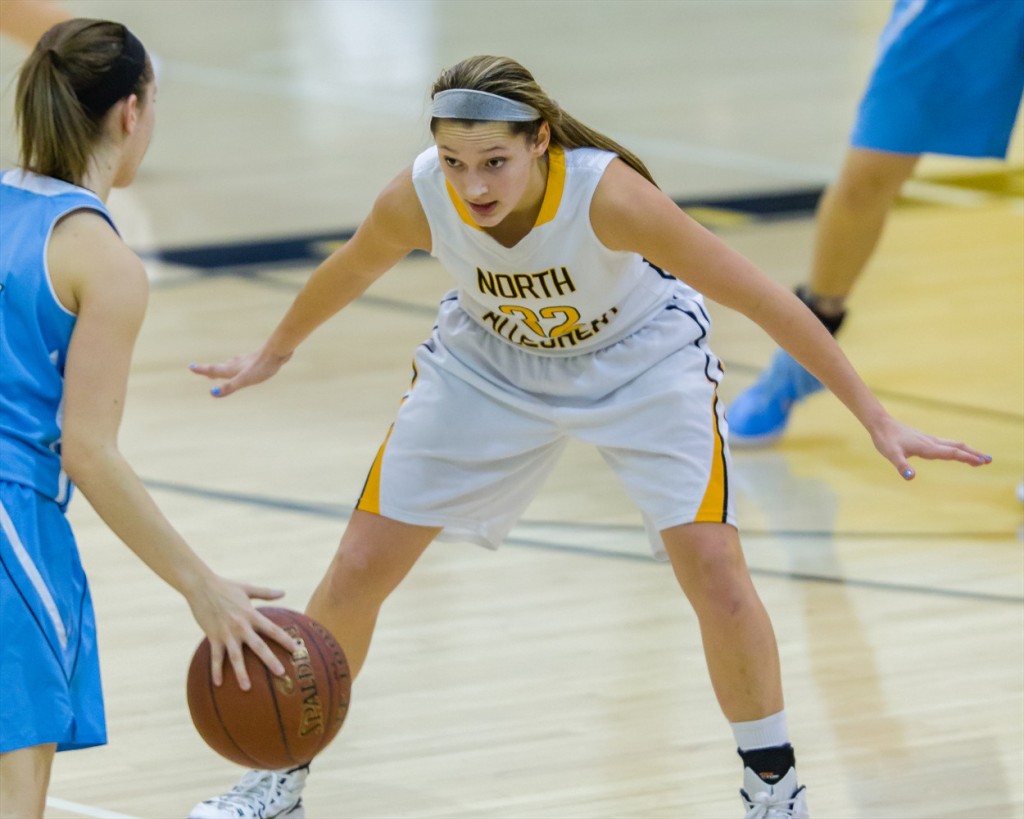 For the second straight season, the North Allegheny girls’ basketball team dealt the Latrobe Wildcats an early post-season exit with a 67-21 triumph in the opening round of the WPIAL playoffs. Last season, NA bounced Latrobe with a 77-34 win and in similar fashion handed the Wildcats a lopsided defeat on Tuesday night at Fox Chapel.

The Lady Tigers leaped to a 14-0 lead with hot shooting from the field and ballooned the lead to 36-10 by halftime thanks to a stifling defense.  North Allegheny shot 48 percent in the first half and pressured Latrobe into 14 first half turnovers and 28 turnovers for the game.  The Tigers invoked the mercy rule in the early stages of the fourth quarter and cruised to the 46-point victory.

North Allegheny junior Abby Gonzales harassed the Wildcats into several miscues and turned them into points.  Gonzales finished with a game-high 19 points and knocked down a pair of 3-pointers in the victory. For her efforts, Gonzales was named the Wright Automotive Player of the Game.

Joining Gonzales in double figures was senior Devvin LaBarge and junior Taylor Lake who totaled 11 and 10 points, respectively.  Sophomore Hailey Zeise dominated the glass with 13 rebounds and chipped in with six points.

For Latrobe, junior standout Madison Kollar paced the Wildcats with seven points.  NA’s pressure defense prevented Latrobe from getting the ball into the hands of Kollar, relegating the talented forward into a non-factor. Laura Graytock, an up-and-coming freshman for Latrobe, had four fouls by halftime and finished with just four points.

With its 17th consecutive victory, second-seeded North Allegheny improves to 21-2 on the year and will take on the Baldwin Highlanders in the WPIAL quarterfinals on Friday night.  After reaching the playoffs for a second straight season, Latrobe’s season ends with a 9-14 record.