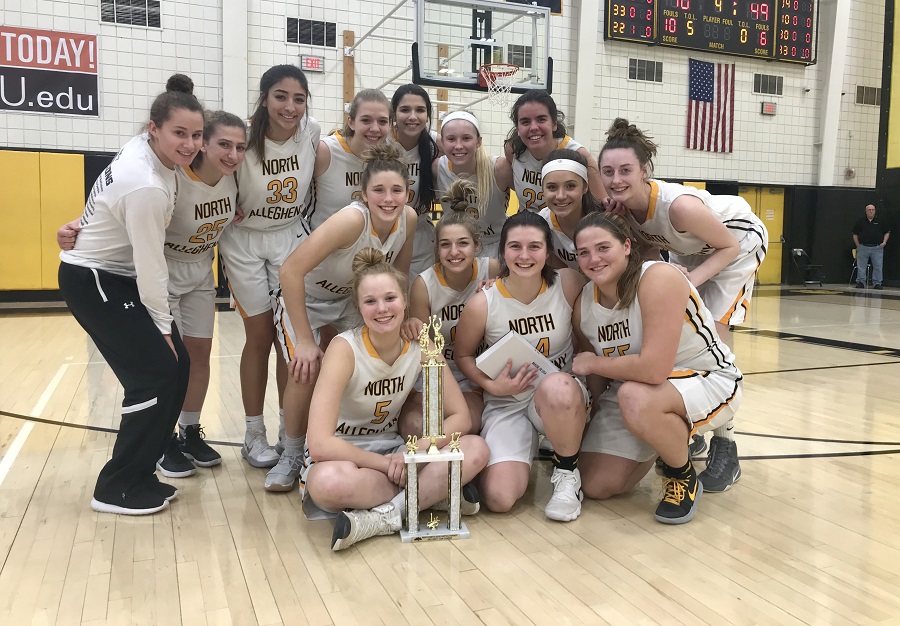 The North Allegheny Tigers stormed out of the gates in the first quarter and dashed to a 70-49 win over the Abington Galloping Ghosts in the championship of the Wright Automotive Holiday Tournament on Friday night. Junior Rachel Martindale netted a team-high 23 points and was named the tournament Most Valuable Player. Seniors Madelyn Fischer and Piper Morningstar were also selected to the all-tournament team.

The Tigers bolted to a 10-2 lead in the early going and held an 11-point advantage at the end of one of quarter of play, 19-8. Typically a strong 3-point shooting team, North Allegheny instead slashed to the rim with great efficiency and was spearheaded by Morningstar who scored all nine of her points in the first half. Fischer also took advantage of the Lady Ghosts on the inside and scored eight of her 10 points in the first half as the Tigers built a 35-20 lead by intermission.

With the defense collapsing on Morningstar in the second half, she became more of a facilitator and dished out passes to set up Martindale and senior Courtney Roman on the perimeter who buried four 3-pointers and finished with a 16-point night. Thanks to Martindale, Roman and Lizzy Groetsch who added eight points and 10 rebounds, North Allegheny never broke stride in a 70-49 victory over the Galloping Ghosts, the reigning District 1 champions in Class 6A. Morningstar was selected as the Wright Automotive Player of the Game.

With the win, North Allegheny leaps to 8-0 overall, while Abington slips to 5-3 on the season. The Tigers return to section play on January 4 with a visit to Pine-Richland. The opening tip is set for 7:30 p.m.