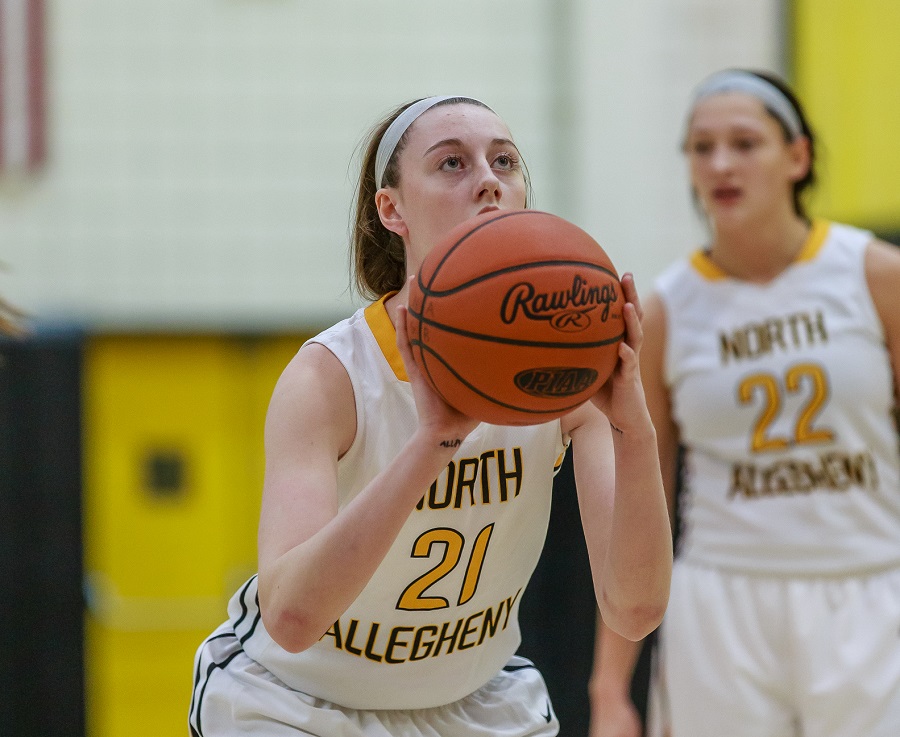 The North Allegheny girls’ basketball season started off the 2016-17 season in convincing fashion by defeating Penn Hills, 67-38, at the Wright Automotive Tip-off Tournament on Friday night.

Both teams struggled through the first four minutes, committing multiple turnovers, missing shots and combining for only six points.  The Tigers would finally breakout of it, hitting consecutive 3-pointers from Piper Morningstar and Courtney Roman and build a 12-4 lead at the end of the first quarter. The Tiger defense continued to frustrate Temple recruit Desiree Oliver and the rest of the Indians while the offense began to gel and built a 13-point advantage at the half.

Haley Zeise and Audrey Lane controlled the boards defensively.  The 3-pointers were falling all night as NA poured in nine on the night.  Leading the way for the Tigers was Morningstar and Roman with 16 points apiece while Zeise chipped in with 12.  Piper Morningstar was named the Wright Automotive player of the game.

The Tigers will now face off against rival Norwin at 4:30 Saturday on day two at the Wright Automotive Tip-Off Tournament.  If you cannot make the game, you can listen to a live broadcast on the North Allegheny Sports Network.