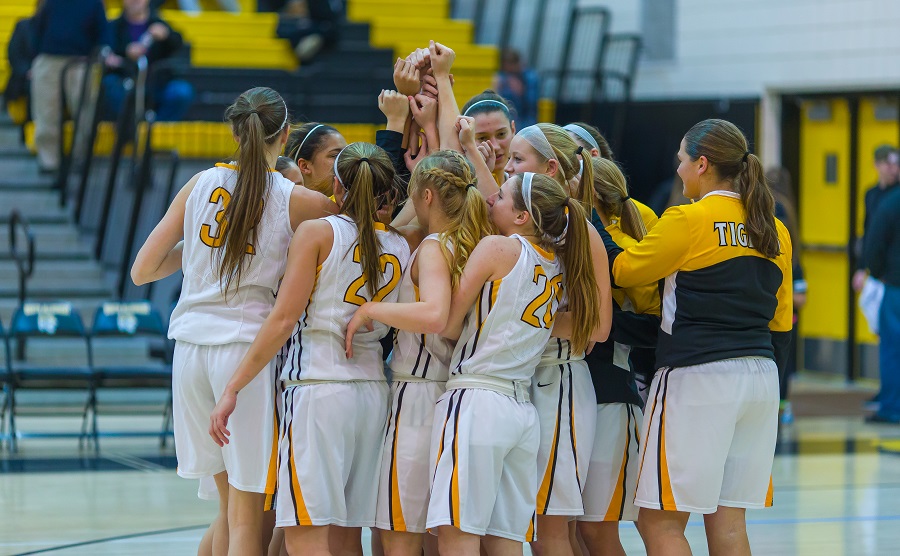 The host North Allegheny Lady Tigers took home the first place trophy on Saturday afternoon from the Wright Automotive Tip-Off Tournament with a 48-37 triumph over the Penn Hills Indians.

The Tigers leaped to an early lead and put the game away with a strong fourth period.  Despite getting into foul trouble in the first half, junior point guard Abby Gonzales controlled the tempo in the fourth quarter to help NA to the win.  Gonzales was 4 for 9 from the field and 6 of 8 from the charity stripe to finish with 14 points on the day, earning her Wright Automotive Player of the Game honors.  Senior Meg Morningstar was dominant on the boards with 11 rebounds.

North Allegheny opens the season with a 2-0 overall record thanks to the first place showing at the tip-off tourney. Penn Hills falls to 1-1 overall. The Lady Tigers are in action again on Tuesday night for a non-section contest against the Altoona Mountain Lions.  Tip off from NASH is at 7:00 pm.