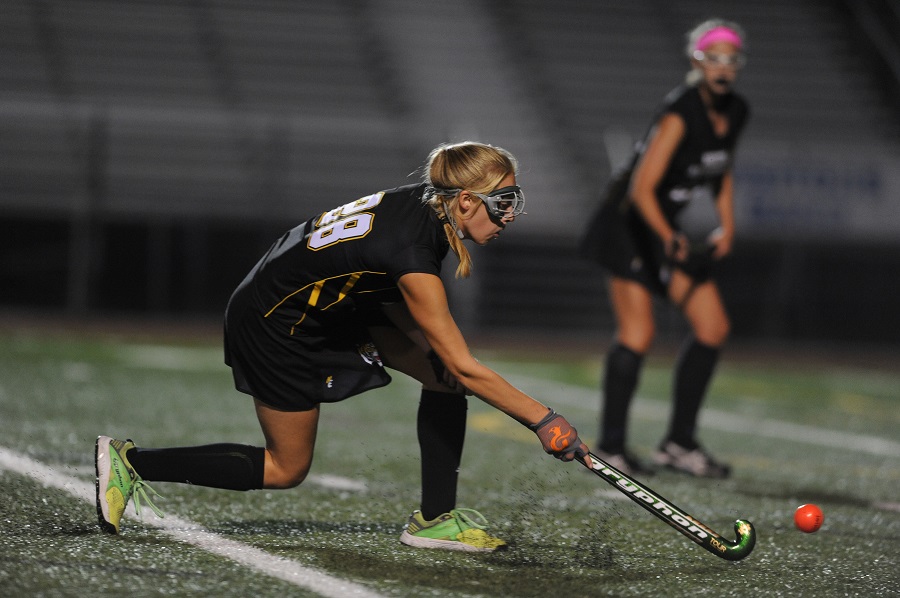 The NA Lady Tigers visited Section foe Penn-Trafford Thursday evening and came away with a hard fought win, 1-0. Heading into the contest, the Tigers held a 3-0 Conference and Section record, while the Warriors were 2-1 in the Section.  NA needed the win to keep pace with rival Pine Richland, who is 4-0 in the Section.

As has been the case since they began WPIAL play, the Tigers controlled possession throughout and played a strong defensive game. Led by midfielders Brooke Cameron, Bridget Russell and Laura Schwendeman, NA dominated play between the 20 yard lines and stifled the Warriors’ attack.  When Penn-Trafford was able to penetrate the Tigers’ defensive zone, the Warriors ran smack into NA’s stonewall defense of Gabby Herbert, Lily DeNoma, Anna Hopkins and Kayley Cooper, and were denied quality scoring chances.

The Tigers came out aggressive and got the better of the play from the start. Cameron and Russell, along with forward Gracie Limauro, sent a number of drives and crossing passes into Penn-Trafford’s circle in the first half, but the Warriors’ defenders were stout, and NA’s forwards were unable to convert.  The Tigers’ lone bright spot on offense in the half was forward Angie Genter, who had several long carries and quality scoring chances in front of the cage.  The first half ended in a 0-0 tie.

NA finally hit paydirt early in the second half when Genter converted at the 23:13 mark off an assist from Russell.  The goal by Genter was the only insurance the Tigers’ needed, as their defense suffocated the Warriors for the rest of the game.  Penn-Trafford mustered four shots late in the period, all of which were brushed aside by NA goalie Katie Shideler. Shideler kept her scoreless streak in WPIAL play alive with a clean sheet on the night.

With the win, NA improved its Conference and Section record to 4-0 heading into its first battle with rival Pine Richland next Wednesday. In the interim, the Tigers will travel to Lancaster, PA on Saturday to play in the Palmyra Cougar Classic.