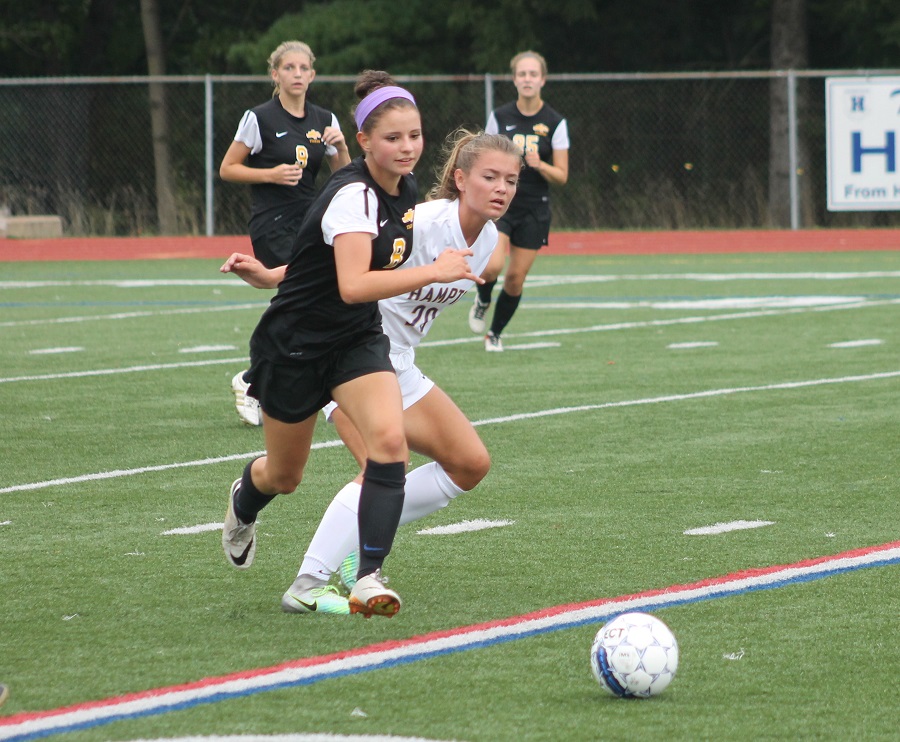 The North Allegheny girls’ soccer team defeated the Hampton Talbots, 3-2, in a non-section game on Saturday afternoon on the road. The Lady Tigers used a strong effort in the second half to secure the victory in a hard-fought contest.

North Allegheny had two good chances to score in the early stages of the first half but twice put shots over the crossbar. Hampton had the better of the scoring opportunities moving forward in the half and took a 1-0 lead with 12:00 to play before intermission. The Tigers tied the game with 7:23 left in the half when Maddie Escourt passed to Morgan Anderson who then beat two defenders for a shot and goal to even the score at 1-1.

North Allegheny improves to 3-2 overall with the non-section win. Hampton falls to 1-3-1 with the loss. The Lady Tigers visit Pine-Richland tonight at 7:30 p.m.