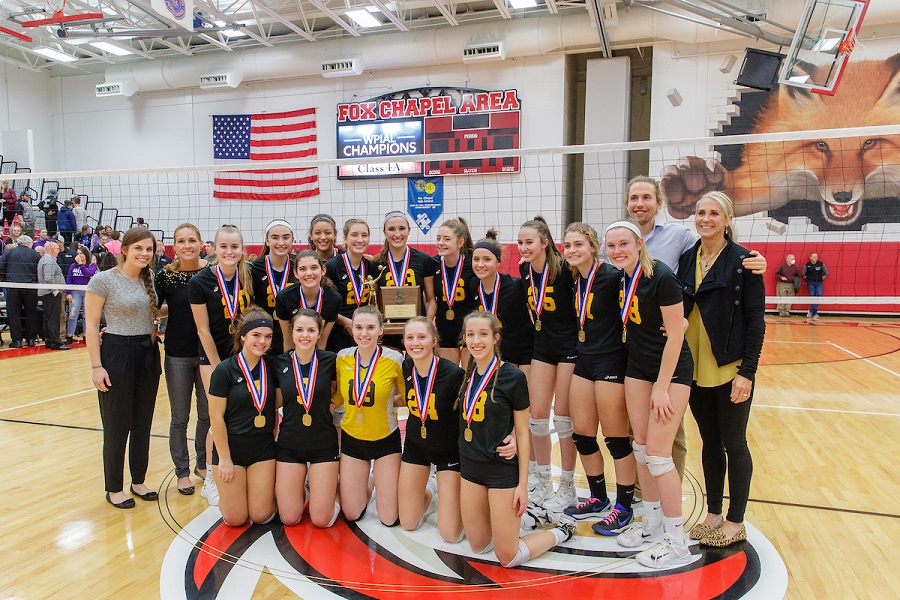 The first set was completely dominated by the Lady Tigers. They jumped out to a 20-4 lead and didn’t look back winning the set 25-9. Anna Sprys completely dominated the first set getting six kills. The second set was all about North Allegheny’s domination serving and Baldwin’s unforced errors as the Lady Tigers once again cruised to a 25-15 set win.

The third set though was anything but easy for the Lady Tigers. The two teams went point for point to begin the set, starting out the third set tied 8-8. It looked like North Allegheny was going to pull away once again when they had a 16-10 lead, but Baldwin was able to fight all the way back and tie up the set 20-20. Baldwin then reached set point when they held a 24-22 lead but the Lady Tigers were able to rattle off four straights points to take the set 26-24 and win their second straight WPIAL championship. Sprys was very involved in the third set as she had five kills. Paige Miller added four kills in the set.

Sprys finished with 13 kills, six blocks and two aces. For her efforts, Sprys was named the Wright Automotive Player of the Game. The North Allegheny Sports Network’s Randy Gore spoke with Sprys following the title win. (Video below).

The Tigers dominated serving and the net play as NA had 10 aces as a team, three of them coming from Allena Carmody. They also had 15 blocks, six coming from Sprys and four from Curran.

The Lady Tigers improve to 19-0 on the season and advance their winning streak to 43 matches in a row. They will be back in action on Tuesday when they take on either the District 8 or District 10 champion in the first round of the state playoffs at a site and time to be determined. That game will be broadcast here on the North Allegheny Sports Network.