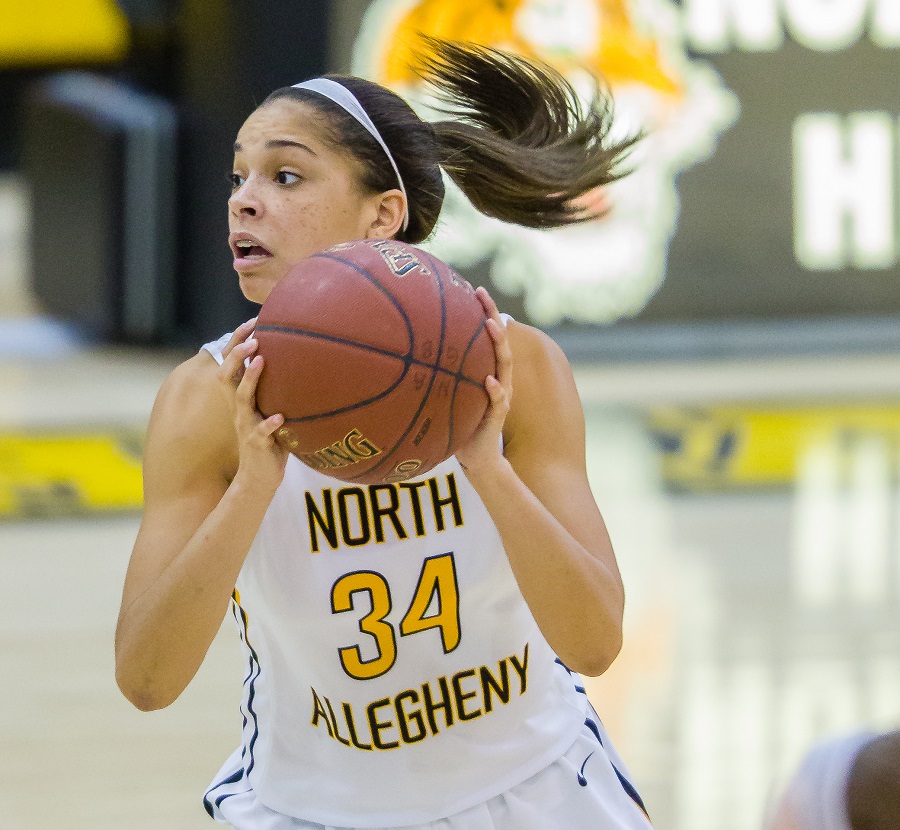 North Allegheny notched its fourth consecutive outright Section 3-AAAA title on Monday night with a 62-37 blowout of the Seneca Valley Raiders in the Quad-A Conference Girls Basketball Game of the Week. The win was NA’s 10th in a row and 17th consecutive over the Raiders.

Having already clinched a playoff spot, Seneca Valley was hoping to build some additional momentum for the post-season with a road victory over their section rival. Getting healthy at the right time, the Raiders recently saw the return of 6-0 senior Lexus Lambert and senior point guard Christina Dunning last Thursday and both were in action in Monday’s rematch with the Tigers. While Dunning led the Raiders with 10 points, neither she nor Lambert were real factors in the game as NA won in a rout.

North Allegheny broke a 5-5 tie in the first quarter with a 22-3 run that was sparked by the Lady Tigers’ hot shooting from beyond the arc. NA knocked down 5 of 10 3-pointers in the first quarter alone, two of which were poured in by junior Hailey Zeise in the left corner. Zeise finished the first half with 11 points and helped the Tigers construct a 32-13 lead by intermission. Concluding the night with a game-high 20 points and four steals, Ziese was named the Player of the Game by Quad-A Sports.

The Lady Tigers continued to roll in the second half en route to a comfortable win against the rival Raiders, 62-37. Joining Zeise in double figures was senior guard Abby Gonzales who netted 10 points and dished out three assists.

The Raiders were also heavily outrebounded by the Tigers, 41-27. Senior Taylor Lake commanded the glass for NA and hauled in 10 rebounds.

North Allegheny improves to 17-3 overall and 11-0 in Section 3-AAAA. Seneca Valley falls to 14-6 overall and 6-5 in section play. Both teams have qualified for the Quad-A playoffs.