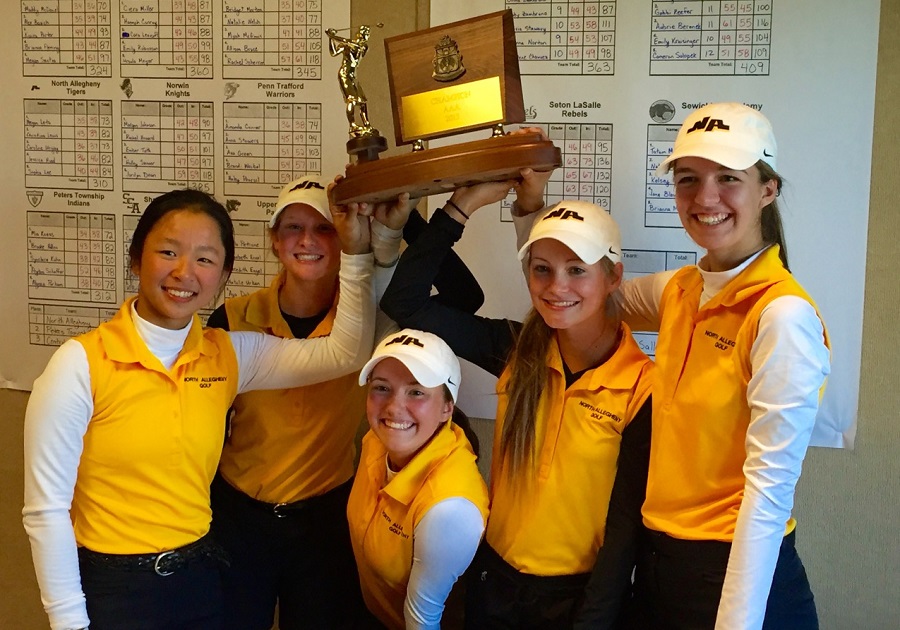 The North Allegheny girls’ golf team won its first WPIAL title since 1993 with a first place finish at the WPIAL Golf Championship at Cedarbrook Golf Course on Thursday afternoon. The Tigers edged out their fierce rival, Peters Township, by an identical two-stroke victory as they did in the regular season finale against the Indians. Its the seventh WPIAL crown in program history.

To win WPIAL gold, outstanding performances were turned in by senior Megan Leto and freshman Caroline Wrigley who each shot a 73. The clinching score of 82 was delivered by Jessica Hood. Christina Lewis also shot an 82 and Sophia Lee finished with an 84.

The Lady Tigers stay perfect on the season with a 17-0 record. The PIAA Western Regional will be held on Monday at Tom’s Run Golf Course.