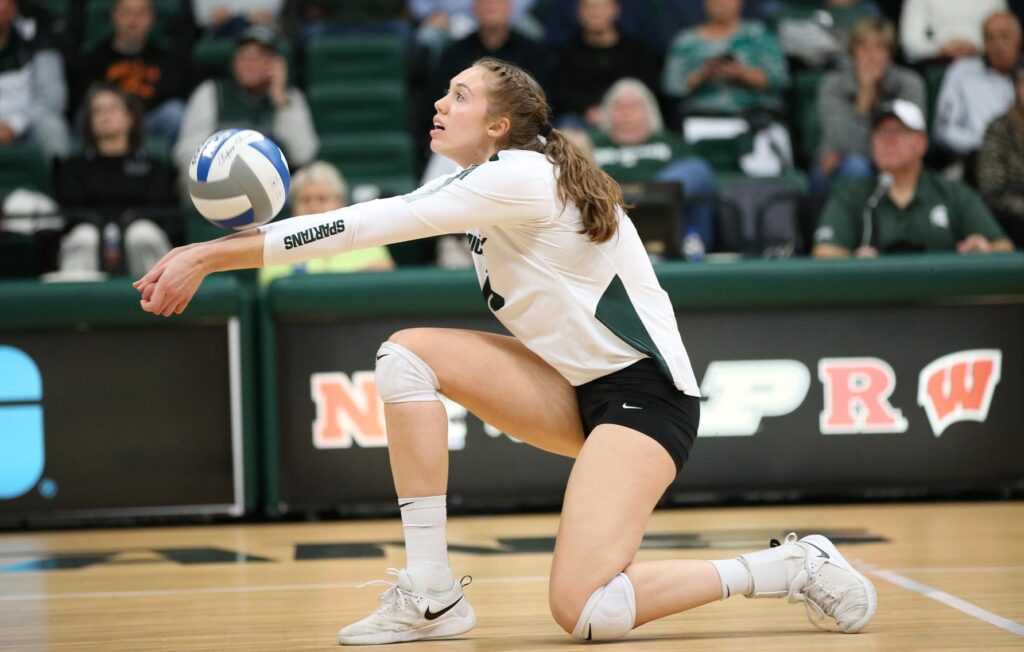 Lauren Swartz (North Allegheny class of 2016) finished her volleyball career at Michigan State University this past spring with a selection to the Academic All-American first team.  The Academic All-America program selects an honorary sports team composed of the most outstanding student-athletes of a specific season.  Swartz was among 21 athletes chosen from around the country.

As a senior, she earned the MSU President’s Award, given to the graduating MSU student-athlete with the highest grade-point average. She appeared in 61 career matches over her four varsity seasons, and also participated in countless outreach activities during her time at MSU.