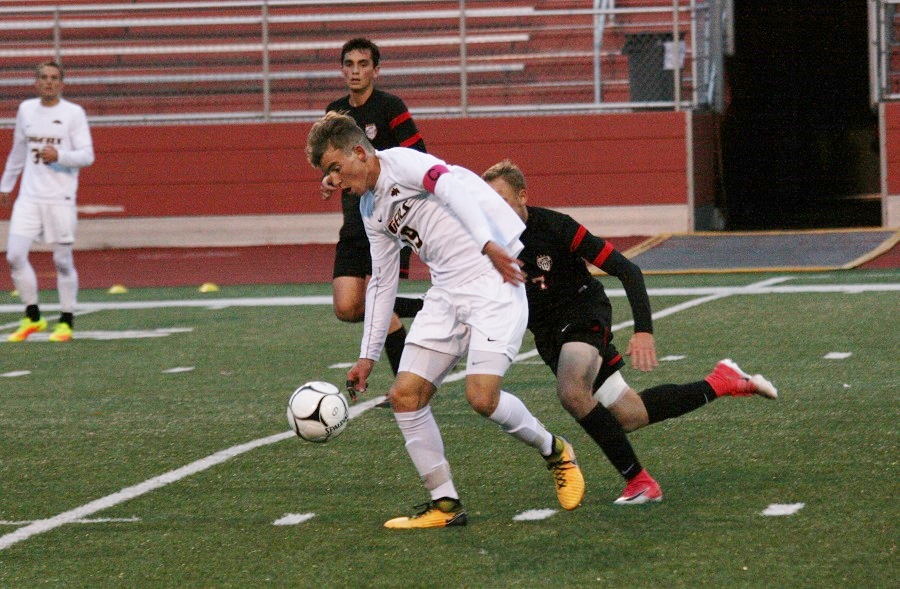 It took the North Allegheny boys’ soccer team until overtime to score its lone goal and beat Connellsville in the first round of the Class 4A WPIAL playoffs. That wasn’t the case on Wednesday night in the Tigers quarterfinal game against Upper St. Clair at Moon Area High School.

Senior Josh Luchini tipped in a rebound off a shot from Zac Marzula 35 seconds into the game to give the Tigers a 1-0 lead. The goal held up as the lone tally of the night from either side as North Allegheny advanced to the semifinals for the second straight year.

Luchini’s goal was his 28th of the season, earning him the Wright Automotive Player of the Game award. The goal came off a corner kick that saw the first attempt from Marzula bang off the crossbar. Marzula got another chance off the rebound that was eventually tipped in by Luchini.

The Tigers (17-2-1) controlled position for nearly the entire first half, but couldn’t find the back of the net against Upper St. Clair goalkeeper John Capetta. Capetta did a phenomenal job challenging North Allegheny to keep the Panthers within striking distance in the second half.

The Panthers (7-10) came out with an offensive surge for the first 10 minutes of the second half. Although they were able to control the ball in the offensive zone, they posed no serious threats to Tigers’ goalkeeper Grant Glorioso. Their best effort came off the foot of junior Benjamin Burlovic, whose shot went just wide of the net at 35 minutes left in the game. The shutout was the 12th of the season for the Tigers and second straight in the playoffs.

North Allegheny took back control of the game to seal the victory and first spot in the Class 4A semifinals. The Tigers will play the winner of Franklin Regional/Canon-McMillan on Saturday at a site and time to be determined. The game can be heard on the North Allegheny Sports Network.