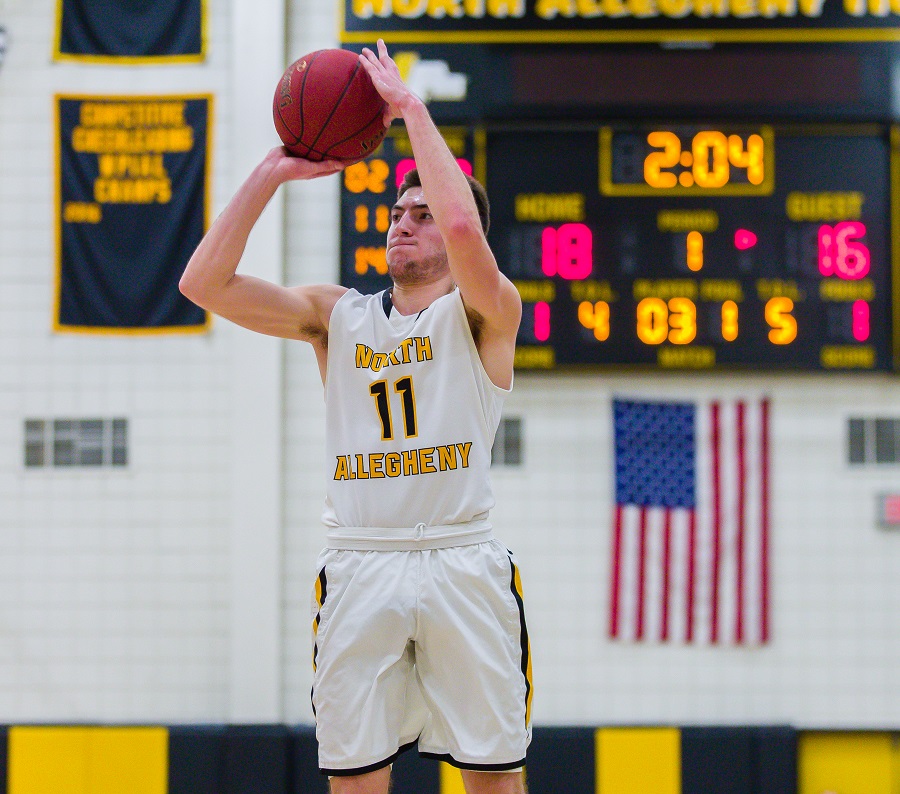 Senior Luke Carter knocked down an astonishing 10 3-pointers to help lift the North Allegheny Tigers to an impressive 93-65 win over the fifth-ranked North Hills Indians on Tuesday night in Section 1-AAAAAA action. Carter’s 10 treys was one short of the North Allegheny single-game record of 11 set by Joe Mancini on January 21, 2014 against Shaler.  Netting a game-high 30 points, Carter was named the Wright Automotive Player of the Game by the North Allegheny Sports Network.

North Hills entered the evening as the second-highest scoring team in the WPIAL, averaging 79.2 points per game. However, it was the North Allegheny shooters who stole the show. In an expected break-neck pace, both teams traded barbs in the early going and were tied 14-14 midway through the first quarter. Late in the opening period, the Tigers sparked a 21-4 run to take a 35-18 lead by the midway point of the second quarter.

North Hills, led by senior Nick Smith, trimmed the North Allegheny advantage to 44-35 with a 10-3 run to open the third quarter. Smith finished the game with a team-best 22 points and surpassed the school’s all-time scoring record of 1,466 points. Smith, who now has 1,473 points, leapfrogged Ed Crankovic in the North Hills’ record book who previously set the scoring mark in 1978.