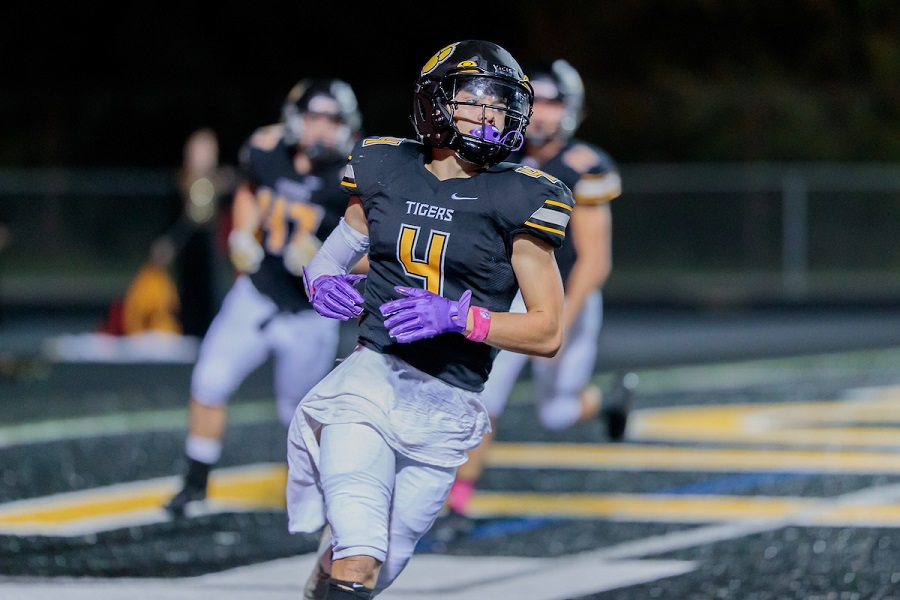 North Allegheny senior Luke Colella has verbally committed to continue his football career at Division I Princeton University. The all-conference multi-purpose back announced his choice to the Ivy League school on Wednesday via twitter.

Colella was a Big 56 Conference honorable mention pick as a junior, leading the Tigers in receiving with 14 catches for 255 yards and a touchdown. He added another 166 yards and two touchdowns on the ground, averaging 6.6 yards per carry. A big play threat on defense and special teams, Colella averaged 24.8 yards per kickoff return and has two career interceptions. An outstanding student, he boasts a 4.25 GPA in the classroom.

Colella will join a Princeton University program that recently won its fourth outright Ivy League title in 2018 with a perfect 10-0 record.

Colella and the North Allegheny Tigers will open the 2019 season on Friday, August 23 against Friendship Collegiate Academy.