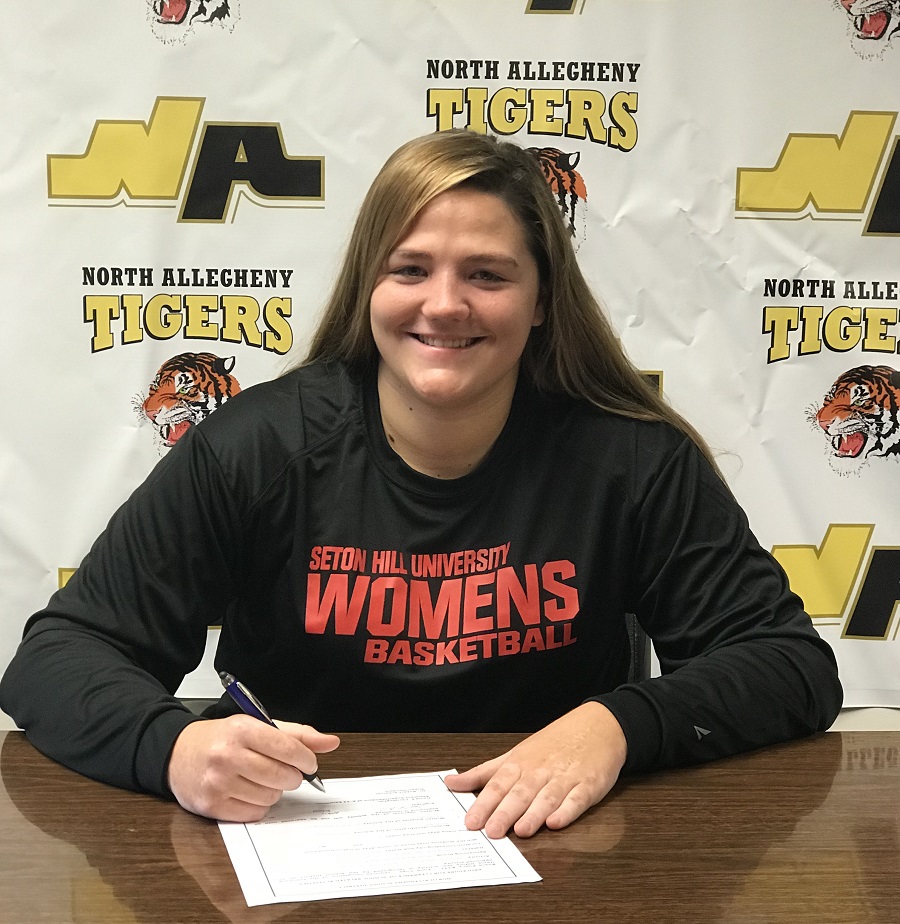 Fischer was a consistent force in the paint and helped NA to 28-2 season, a WPIAL championship and an appearance in the state title game in Class 6A.

As a junior, Fischer was second on the team in rebounds, averaging 5.6 boards per game for a total of 167 on the season. She averaged 7.8 points per game and was the team’s top shooter from the charity stripe (min 50 attempts) with a 78-percent free-throw shooting percentage.

Fischer will join a women’s basketball program at Seton Hill that finished with a 16-13 record a season ago. The Griffins are coached by Mark Katarski who won the PSAC West Coach of the Year award last season and is currently in his fifth year as head coach.

Fischer looks to build upon a terrific junior campaign in the upcoming season with the Lady Tigers. Madelyn is the daughter of Dawn and Mike Fischer.