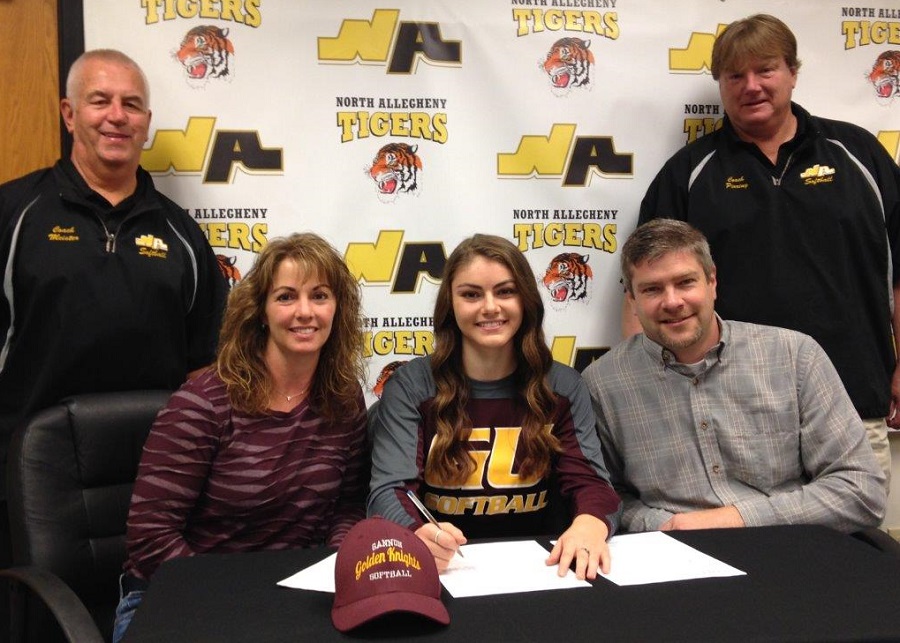 North Allegheny senior softball player Madi Beining signed her letter of intent to play softball at Gannon University. Beining had committed verbally to Gannon as a sophomore, and made it official on Wednesday morning. Last season as a junior, she led the Tigers to the W.P.I.A.L. Championship Game with a stellar 21-2 record, allowing only 20 earned runs for the season leading to an E.R.A. of 0.90. She had 166 strikeouts and walked only 16.  Madi also hit three home runs and was third on the team with 15 RBI’s.  Pictured are Madi with her parents, Bob and Theresa Beining, Head Coach Rick Meister, and Varsity Assistant Warren Pirring. Congratulations, Madi!