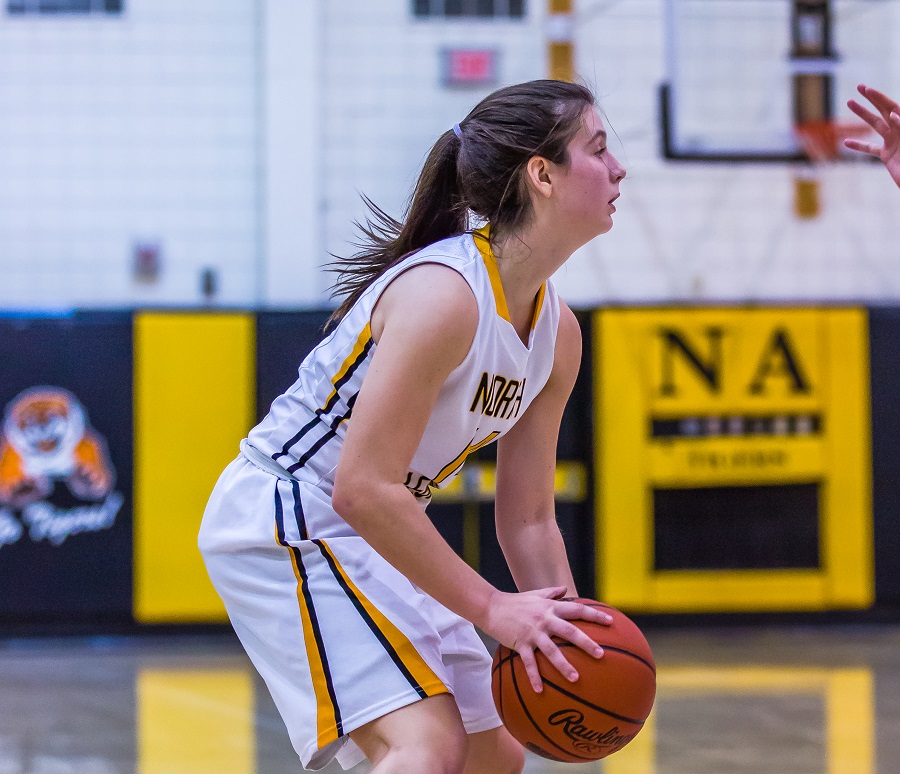 Freshman Rachel Martindale scored nine points in the fourth quarter, including the go-ahead 3-pointer with 1:29 to play, to lift North Allegheny to a 44-41 win over the Bethel Park Black Hawks in the quarterfinal round of the WPIAL playoffs on Friday night. Martindale finished with 13 points, but no bucket was bigger than her 3-pointer that gave North Allegheny a 43-41 lead in the waning minutes. For her efforts, Martindale was named the Wright Automotive Player of the Game.

Trailing 44-41 with 6.8 seconds remaining, Bethel Park still had a chance to tie the game but Shannon Conely’s desperation heave from the top of the key was off target and the Tigers hung on to advance to the WPIAL semifinals for the third consecutive season.

North Allegheny and Bethel Park battled in a seesaw affair with no team leading by more than five points at any stage of the game. Black Hawks junior Justina Mascaro did the heavy lifting for her team and scored 23 of BP’s 41 point output. The one-woman show of Bethel Park was not enough, however, as Martindale and senior Abby Gonzales spearheaded the North Allegheny attack in the second half. Gonzales totaled 14 points, including 12 in the second half.

With the win, North Allegheny improves to 21-3 overall and advances to the WPIAL semifinals to face the Penn Hills Indians on Tuesday night. That game will be broadcast live on the North Allegheny Sports Network. Bethel Park falls to 18-6 overall and will play Canon-McMillan on Monday night in the PIAA Play-In Bracket.