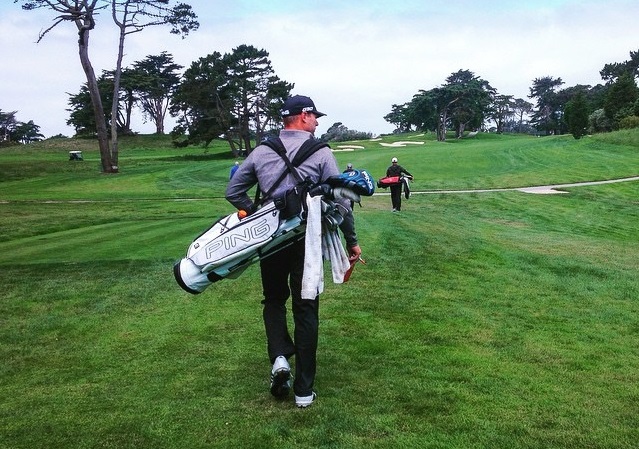 Matthew Simone, a former North Allegheny golfer and 2002 graduate, is competing at the U.S.G.A Amateur Four Ball Championships this week at the Olympic Club in San Francisco. The event began with 128 teams on May 2 with Simone, and his partner Cory Bacon, qualifying in Phoenix, Arizona. After two days of stroke play, the duo qualified for match play in the round of 32 and was victorious yesterday in the round of 16. Fox Sports One is televising the event tonight at 7:00 pm.

Following a successful golfing career at North Allegheny, Simone went on to Carnegie Mellon University and graduated in Biomedical/Material Science engineering in 2006. During his time at CMU Simone was a four-year letterman on the golf team, winning the individual UAA Championship as a senior. After graduating from CMU, Simone worked locally at ATI for three years before going to Ping Golf in Phoenix where he has worked for the past four years as a senior innovation/design engineer.

Congratulations to Simone on his success and best of luck this week at the U.S.G.A. Amateur Four Ball Championships. For more information on the event, click here.