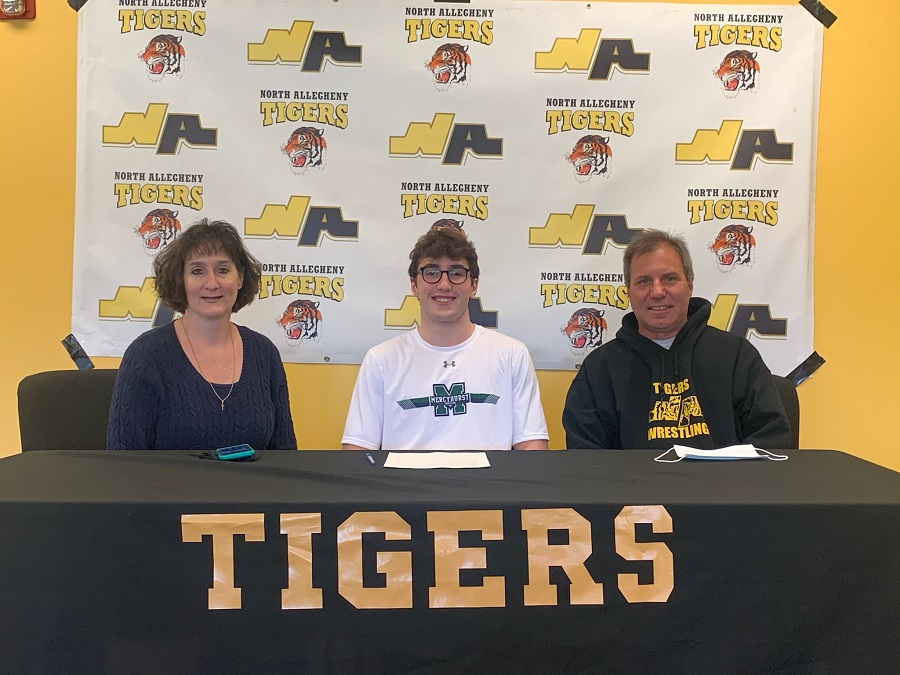 North Allegheny senior Max Stedeford will continue his wrestling and academic career next season at NCAA D-II Mercyhurst University. The NA grappler signed his letter of intent with Mercyhurst on Wednesday.

As a senior during the 2020-21 season, Stedeford joined the prestigious 100-win club with a 1-0 decision over Pine-Richland’s Kelin Laffey in the first-place bout at the Subsection 3B tournament on Feb. 18. For his career, Stedeford excelled for a 105-36 record at North Allegheny, earning three bronze and one silver medal at the Section 3-AAA tournament. He also competed at the Class AAA WPIAL individual wrestling tournament in all four years of his career.

Stedeford will major in Finance at Mercyhurst. He is pictured above with his parents Eric and Kris Stedeford.