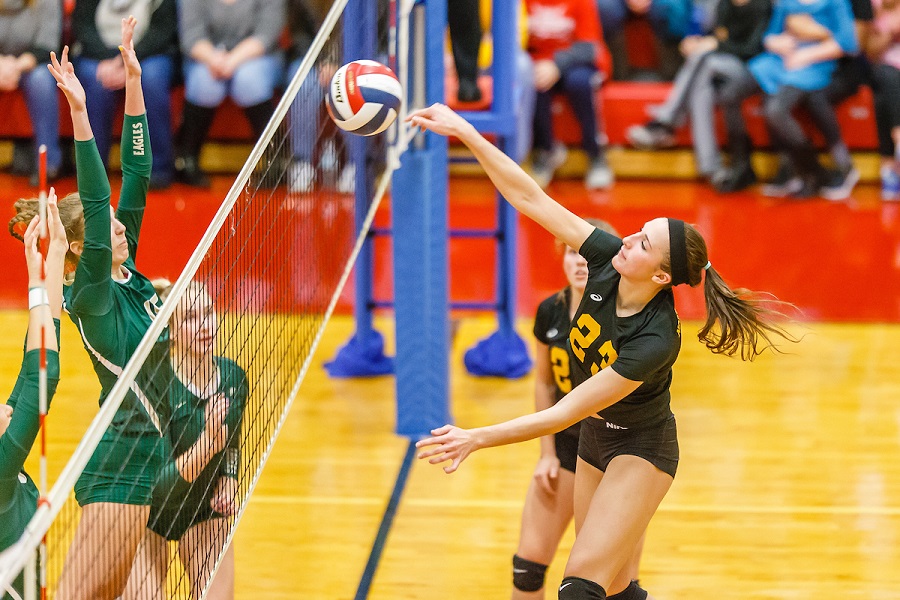 Senior middle hitter for the North Allegheny girls’ volleyball team, Anna Sprys, has made a verbal commitment to play Division I volleyball at the University of Binghamton in New York. Sprys made the announcement via twitter on Friday.

With her big swings from the middle, Sprys was a significant contributor to North Allegheny’s undefeated run to a WPIAL and PIAA championship in Class AAAA last year. The Lady Tigers finished the 2017 season with a 24-0 record.

Her older brother, Eric, is a redshirt junior football player at Division II Seton Hill University. He was a second-team all-conference defensive lineman for the NA football team during his senior season in 2014.

Anna Sprys and the North Allegheny girls’ volleyball team will begin their quest for back-to-back state titles on August 31 at Freeport.