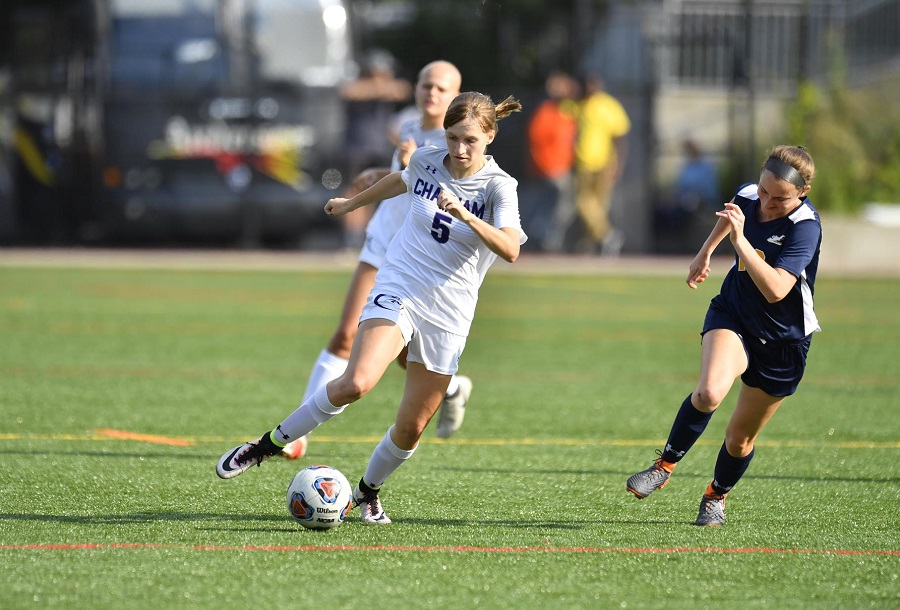 Former North Allegheny soccer standout, Morgan Anderson, was named Player of the Year in the Presidents’ Athletic Conference for the second consecutive season on Thursday. Anderson led Chatham University to back-to-back PAC titles, including a thrilling 4-3 double overtime win over Westminster on Saturday.

Anderson is the league’s first back-to-back player of the year award winner since Westminster’s Mallory Bugel in 2005-06.

A three-time All-PAC selection (1st team in 2020-21, 2021; 2nd team in 2019), Anderson has made starts in each of Chatham’s 18 matches this season. Her 22 points are tied for the fifth most in the league while her nine goals are tied for sixth most. She also has four game-winning goals to her credit this fall. Morgan’s 14 points and six goals tied for the second-most scored during the PAC’s regular season. She had a goal and an assist in last week’s title match.