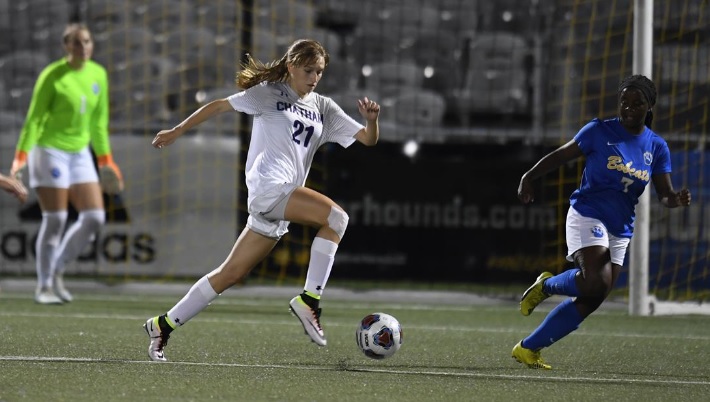 Anderson totaled three points on a goal and an assist during Chatham’s 2-0 week. She netted the game-winning score in Wednesday’s 1-0 shutout at Mount Union before assisting on Victoria Vernail’s game winner in the 110th minute of Saturday’s 2-1 double overtime victory against Frostburg. Anderson logged 126 reserve minutes for the Cougars in the pair of victories.

A four-year varsity player at North Allegheny, Anderson helped the Lady Tigers to a 14-8-1 record her senior year in 2017, and an appearance in the WPIAL semifinals and the PIAA quarterfinals. Anderson finished third on the team in scoring as a senior, posting seven goals on the campaign.  She was selected as a Big 56 Conference and WPIAL all-section pick her junior and senior seasons.