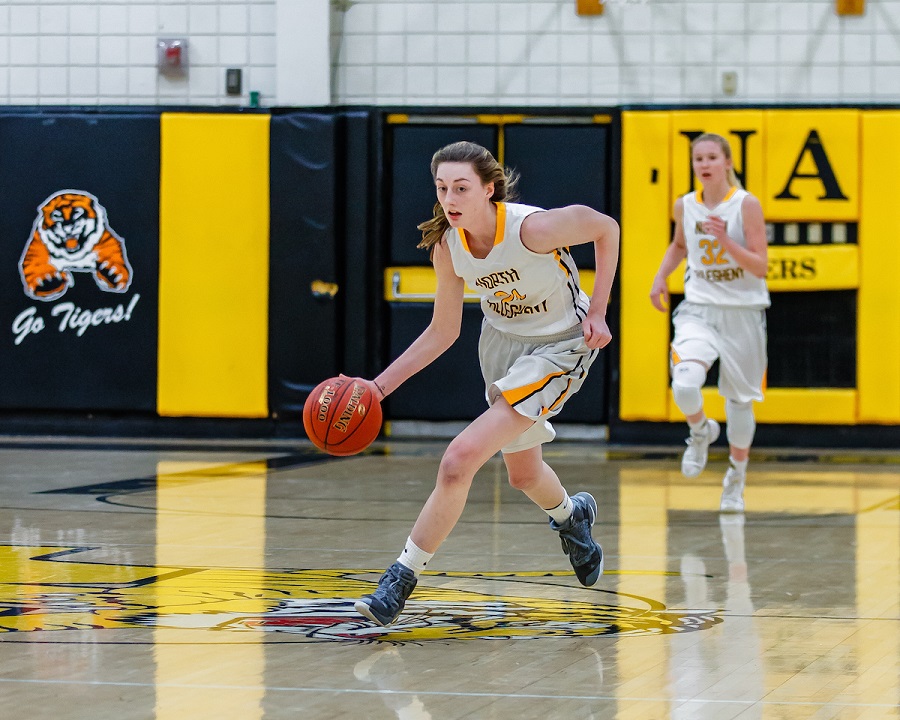 Senior Piper Morningstar poured in the game-tying and go-ahead free throws with 44 seconds remaining and North Allegheny’s defense fended off Altoona in the waning seconds for a thrilling 45-44 win at the Wright Automotive Tip-Off Tournament. Morningstar totaled a game-high 20 points and poured in 4 of 6 from beyond the arc to lead the way for the Tigers. For her efforts, Morningstar was named the Wright Automotive Player of the Game by the North Allegheny Sports Network.

Both teams entered the game with a pair victories in the tournament and Altoona got a jump start toward a third by building a 26-13 lead midway through the second quarter. Sophomore Caranda Perea dropped in three 3-pointers in the first half on her way to an 11-point performance for the reigning District 6 champions. Junior Olivia Hudson and senior Shaina Lear combined for 11 first-half points to help spot Altoona the 13-point edge.

After shooting 0 for 8 from beyond the arc in the first quarter, the Tigers caught fire in the second quarter and knocked down 5 of 5 from the perimeter to spark a half-ending 14-0 run. Morningstar buried three treys and Rachel Martindale tacked on two more to propel NA into the lead at intermission, 27-26.

North Allegheny trimmed the score to 44-43 on a lay-up by Maddie Fischer with less than two minutes remaining and Morningstar sunk two key free throws with 44 seconds remaining to vault NA into the lead at 45-44. Altoona had a chance to win the game with 12 seconds to play but two missed shots before the buzzer preserved a one-point win for the top-ranked Tigers.

North Allegheny improves to 3-0 on the season, while Altoona dips to 2-1. The Tigers return to action on Saturday for a non-section home game against Parkersburg South at 2:30 p.m.