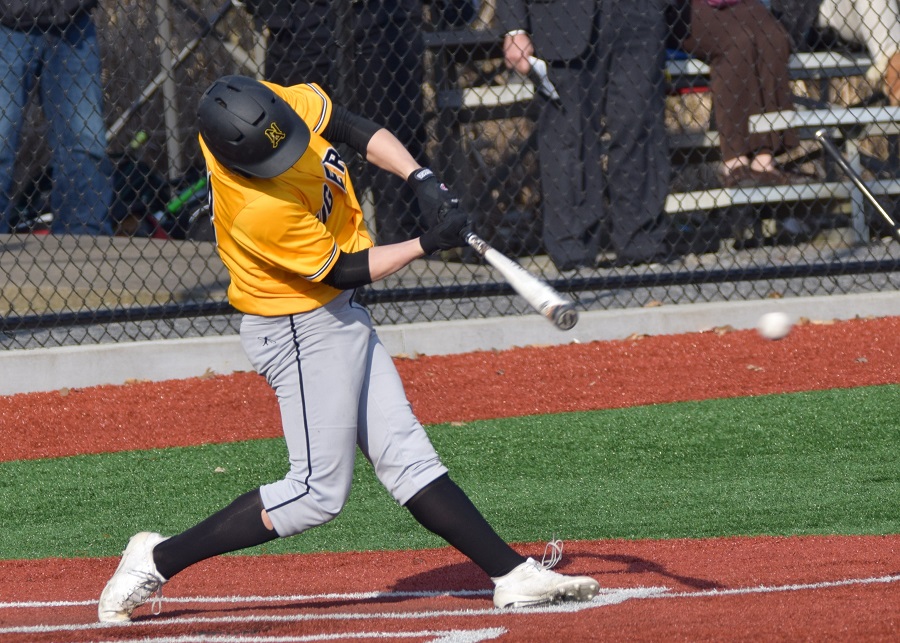 Mt. Lebanon erased an early two-run deficit for a 3-2 non-section win over North Allegheny on opening day of the 2019 baseball season.

North Allegheny wasted little time in scoring the first runs of the season with a two-run top of the first inning. The Tigers broke the ice on an RBI ground out by freshman Cole Young that scored junior Ryan Dougherty for a 1-0 lead. Senior Shane Murphy followed with a ground ball that was booted by the Mt. Lebanon defense, allowing senior Jared Orwell to trot home for a 2-0 advantage.

Senior Ryan Partridge got the start on the bump for North Allegheny and pitched three scoreless frames before Mt. Lebanon scored an unearned run in the fourth inning to cut the Tigers lead to 2-1.

In the fifth inning, the Blue Devils struck for two more runs, including an RBI single by Dante Boris for the go-ahead run, giving Mt. Lebanon a 3-2 lead.

The Blue Devils bullpen of Jeff Dengler, Colin Dalson and Danny McGuigan made sure the lead stood by combining for 4.1 innings of scoreless relief. Dalson was credited with the win, going three innings and striking out five. Partridge was saddled with the loss for NA, working 4.2 innings with three runs allowed (two earned), five strikeouts and only one walk.

North Allegheny falls to 0-1 on the young season and looks to rebound on Wednesday with a visit to Seton Hill University to face the Penn-Trafford Warriors. Start time is set for 4:00 p.m.