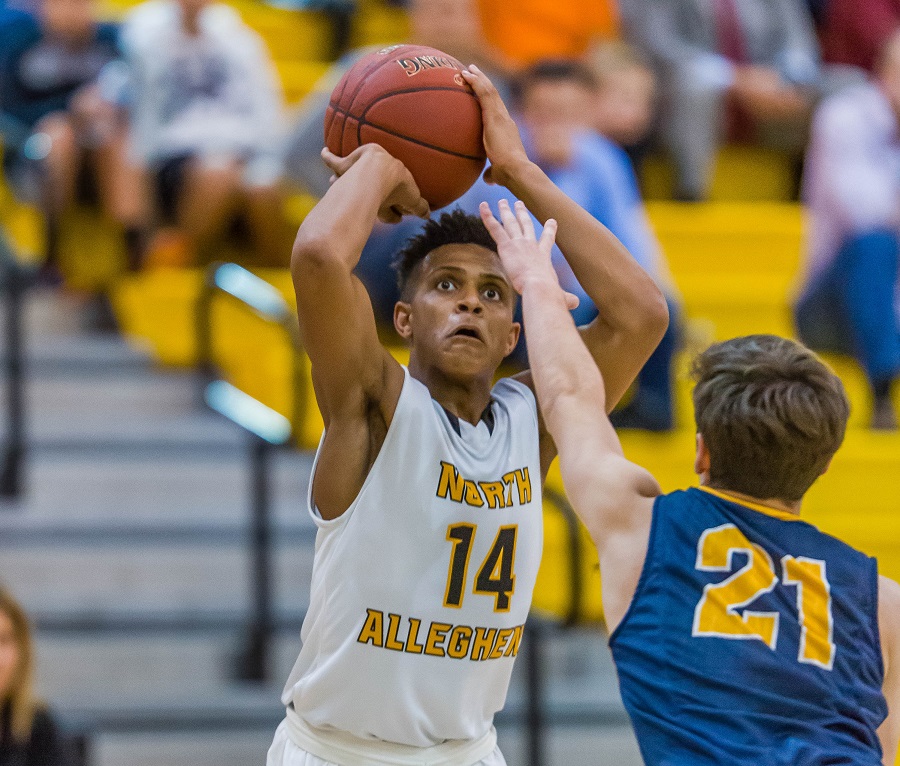 In an early season non-section clash, the Mt. Lebanon Blue Devils used a big fourth quarter to come away with a 67-56 victory at North Allegheny on Tuesday night. The Blue Devils trailed by one point entering the fourth quarter, but after a cold shooting first half the visitors shot 52-percent (13 of 25) in the second half and outscored the Tigers 26-14 in the final period to claim the win. Senior center Caden Hinckley led Lebo with a double-double, totaling 16 points and 13 rebounds.

North Allegheny started out hot and shot 52-percent (13 of 25) in the first half to build a 29-24 advantage by intermission. Senior Curtis Aiken paced the Tigers attack with 24 points and six rebounds. Anthony Hattrup added nine points and five boards. NA outrebounded Mt. Lebanon by a 37-24 margin.

Mt. Lebanon turned the tables on the Tigers in the second half with an improved shooting stroke and a flustering defense that forced 23 NA turnovers. Junior Hayden Mitchell reeled in a team-high six steals for the Blue Devils, while Antonio Garofoli and Brice Miller swiped three steals each. Garofoli and Miller both finished in double figures offensively by scoring 18 and 10 points, respectively.

North Allegheny falls to 0-2 on the young season, while Mt. Lebanon improves to 3-0 overall. The Tigers will host Shaler on Friday night in the Section 1-6A opener. The game will be broadcast live via the internet on the North Allegheny Sports Network.