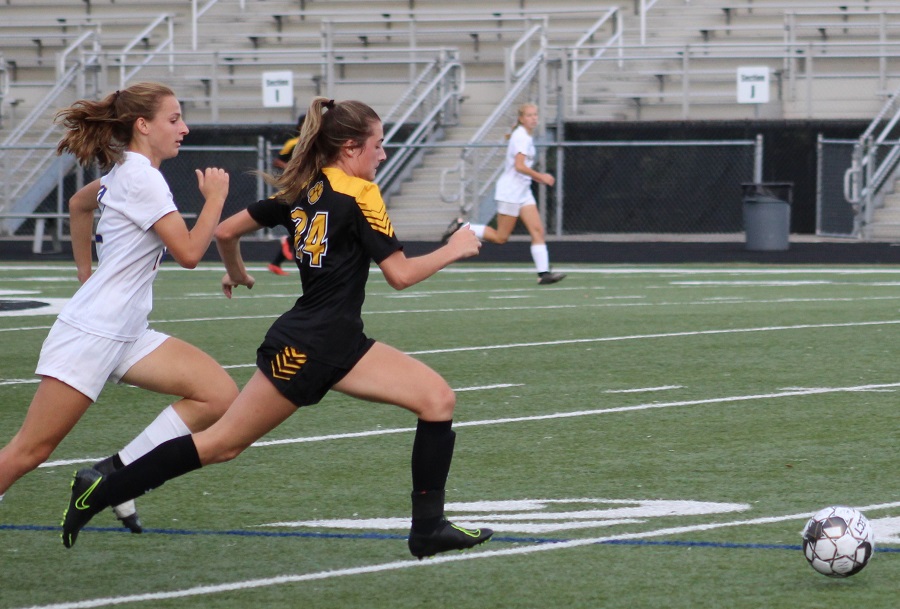 The North Allegheny girls’ soccer team posted a 1-0 victory in the season opener over the Hampton Talbots at Newman Stadium on Saturday.

The contest was a defensive struggle with a scoreless first half. The Tigers were able to break through for the only goal of the night with 19:06 remaining in the game. Senior Hannah Kirkpatrick fed a cross to junior Sarah Schupansky, who fired a shot off the crossbar. Freshman Lucia Wells pounced on the rebound and buried a shot into the back of the net for a 1-0 lead.

The NA midfield did a great job of facilitating shots on net with unselfish play. Only a terrific effort by the Hampton goalkeeper prevented NA from creating a larger margin of victory.

With the win, North Allegheny sits at 1-0 on the season. The Tigers will host Pine-Richland in an early-season section showdown in Section 1-AAAA. The contest will be broadcast live via the internet by the North Allegheny Sports Network.