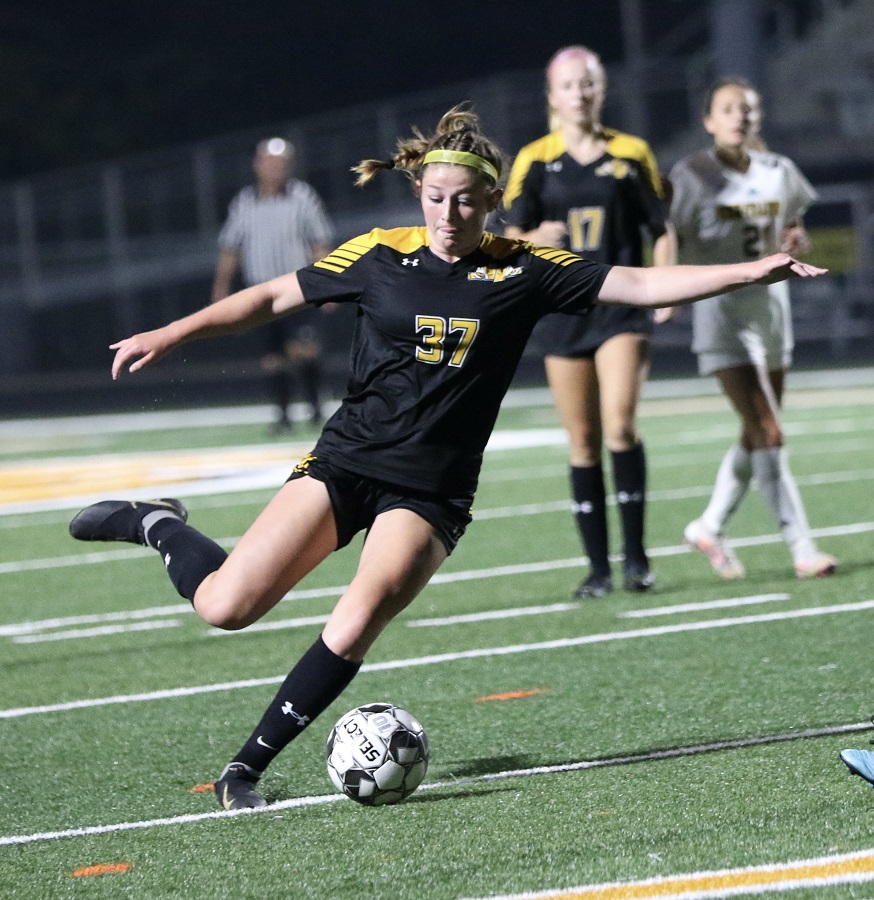 The two-time reigning WPIAL champions earned their second straight shutout victory to begin the 2021 season with a 3-0 whitewash of the Penn-Trafford Warriors on Wednesday night at Newman Stadium.

The Tigers dictated the pace from start to finish with crisp play and deft passing. In the first three minutes of the game, North Allegheny had two excellent chances to score with shots on net from juniors Lucia Wells and Sophia Palermo. However, both Wells and Palermo were turned away on top-shelf saves from Penn-Trafford goalie Taylor Lloyd. While Lloyd withstood NA’s opening salvo, she couldn’t deny Wells in the 9th minute, who streaked through three defenders and sent a laser to the top left corner of the Penn-Trafford net for a 1-0 lead.

With 9:51 left in the first half, junior Allie Burns increased the NA lead with a left-footed shot from 25-yards out, bringing the score to 2-0 at the half.

The one-sided nature of the game continued in the second half as NA continued to pepper Lloyd, a Youngstown State commit, with a bevy of shots. The Tigers outshot the Warriors, 14-1, and led in corner kicks, 11-1.

With North Allegheny firmly in control, the Tigers put the finishing touches on the victory with 7:11 remaining in game when Burns found sophomore Jadyn Coy for a tap-in goal along the far post to close out a 3-0 victory. With one goal and one assist, Burns was tabbed as the Wright Automotive Player of the Game by the North Allegheny Sports Network.

North Allegheny improves to 2-0 on the season with the non-section win, while Penn-Trafford dips to 0-1. The Tigers will visit McDowell on Saturday at 2:30 p.m. for another non-section contest.