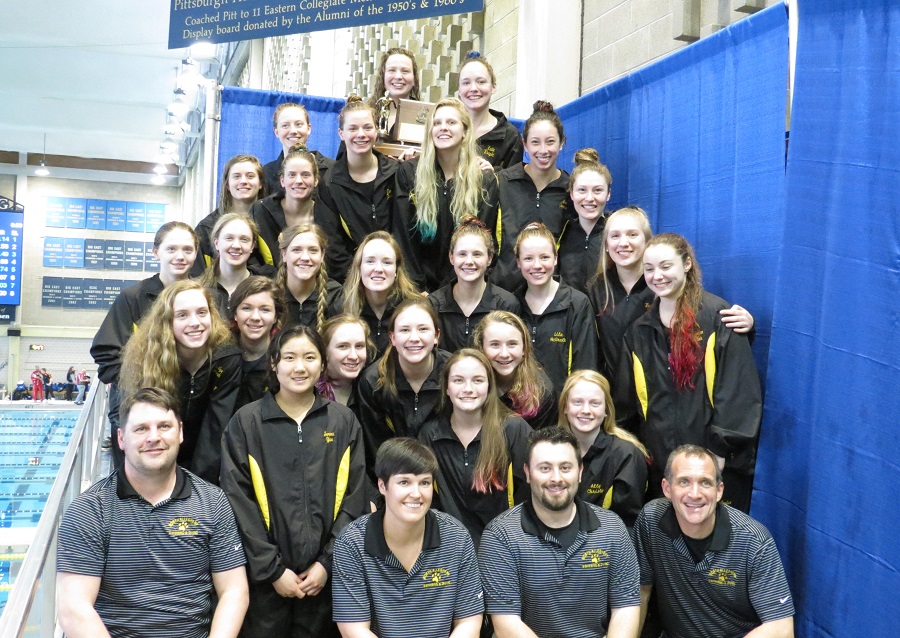 Sophomore Mason Gonzalez duplicated his performance from Day 1 of the WPIAL Swimming Championship, winning another individual event and propelling the 400-freestyle relay team to victory on Friday as the North Allegheny swimming and diving teams each repeated as WPIAL champions at Joe C. Trees Pool at the University of Pittsburgh. The NA boys were dominant, earning 442 points, well ahead of second-place Mount Lebanon, which finished with 295.  The boys have won five straight titles and 10 in the last 11 years.  The girls’ competition was tighter, with NA finishing with 348 points, ahead of second-place Mount Lebanon’s 313.5.  The girls have  won eight straight WPIAL championships and nine in the last 13 years. 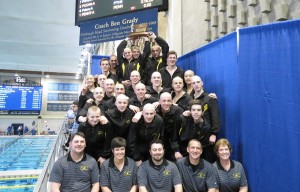 Among the girls, junior Lauren McGrath led from start to finish in the 100-yard freestyle, winning in 50.90.  Senior Erin Kuhn swam the 100-yard breaststroke in 1:03.25, but was edged out by Oakland Catholic’s Peyton Kondis and finished second.  The 400-yard freestyle relay team of McGrath, sophomore Ann Juneau, junior Aimee Verardi and senior Gianna Caputo finished in 3:29.25, good enough for second place in that event.

Swimmers who finished among the top three in events qualify for the state meet on March 16-19 at Bucknell.  Other swimmers may qualify based upon posted times in their events, as compared to those of other swimmers around the state.