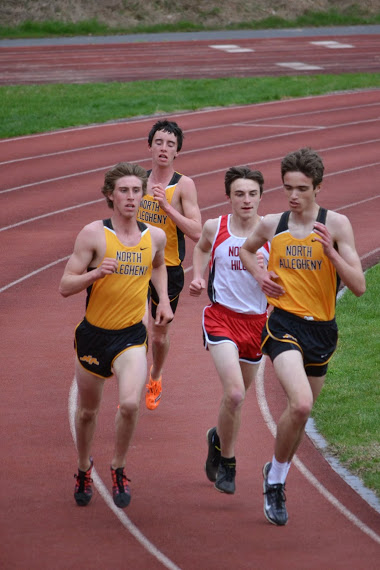 The Boy’s Track & Field dominated their opponents on Monday and brought home their third consecutive WPIAL Team Championship trophy as they defeated Canon MacMillan, Hempfield, and arch-rival Butler, who placed second overall with a tie breaker against Canon MacMillan.  It was truly a collective effort by all competing NA teammates to bring their third title home.  Overall winners in the meet included Matt McGoey in the 800m and 1600m run, Adam Maloney in the Long Jump and Triple Jump, Ijhad Bonner in the 100m dash, and Andrew Manz in the Javelin.

The Girls team also gallantly competed and was able to place third overall, defeating Norwin but fell short to Mount Lebanon and defending champ Hempfield.  It came down to the final event on the track, the 4x400m Relay to determine this year’s champion.  Hempfield was able to win the event and secure their fourth straight WPIAL title.

The Tigers Track & Field Team will be back in action on Thursday at the WPIAL Individual Qualifiers at 2:00 pm.