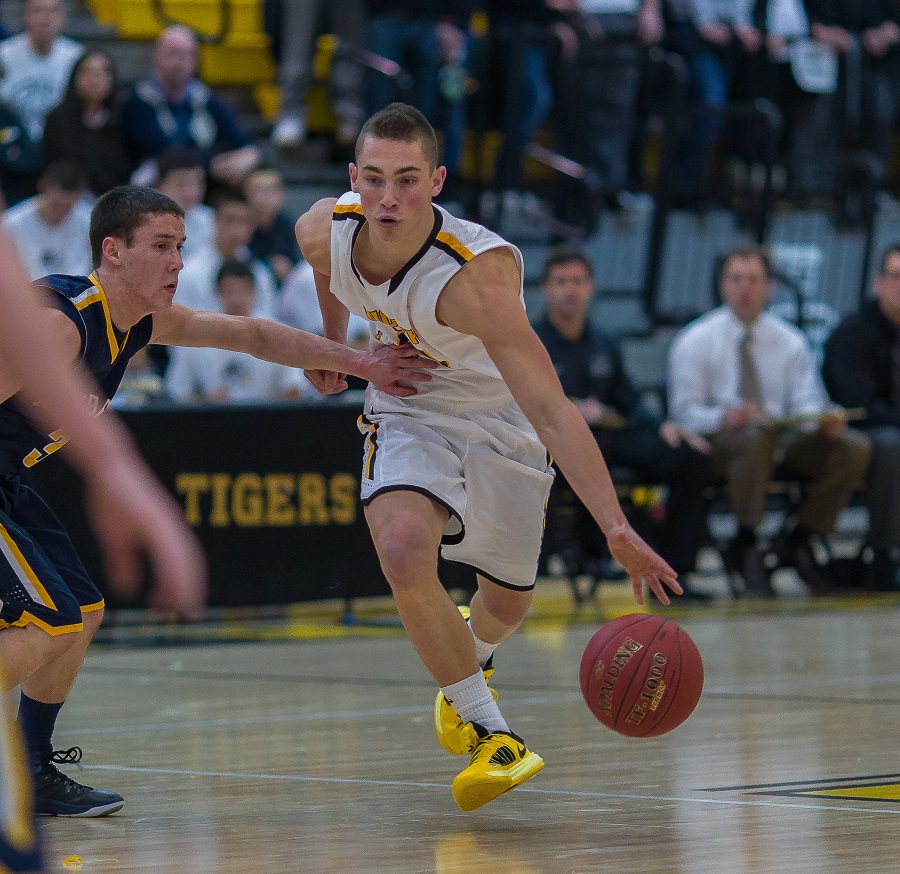 In the opening day of the Gateway Hoops Classic in Monroeville, the North Allegheny Boys Basketball Team topped Cardinal Wuerl North Catholic, 79-52, on Thursday. North Catholic went toe-to-toe with NA in the opening stanza, leading 13-11 after the first quarter.  Dom Robb scored nine of his team-high 14 points in the opening quarter to lead the charge.

The Tigers took control of the contest in the middle quarters, scoring 50 points in the second and third periods combined. North Allegheny had four players reach double-digits in the win as NA buried the Trojans with a heavy dose of treys.  Junior Mike Fischer led all scorers with 15 points, followed by Joe Mancini and Cole Constantino who dropped in 14 apiece.  Mancini connected four times from beyond the arc while Constantino dropped in a pair of treys.  Senior Elijah Zeise did his work from the paint, scoring eight of his 10 points in the second half.

North Allegheny jumps to 7-0 overall with the win while North Catholic falls to 3-3.  The Tigers continue on at the Gateway Hoops Classic this evening with a 5:15 pm contest against Greensburg Central Catholic.