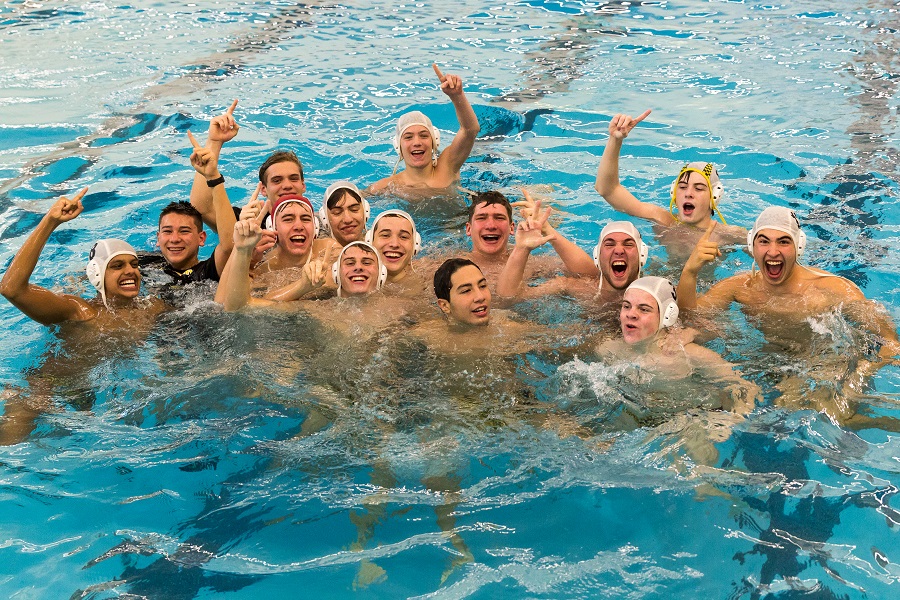 The North Allegheny boys’ water polo team claimed the Western Conference championship this weekend in Erie, Pennsylvania with wins over McDowell and Cathedral Prep. The Tigers rolled to a 14-5 triumph over the Trojans in the semifinals and topped Cathedral Prep in the title tilt, 17-13. The North Allegheny girls’ team reached the conference championship as well but fell to Villa Maria, 14-4.

The NA boys drilled McDowell in the semifinals thanks to a six-goal performance from Joel Songer. Drago Marjanovic added four goals and Tan Kocylidirim chipped in with a pair of goals. In net, Jacob Hollo notched 18 saves and one steal.

Like the NA boys, the Lady Tigers picked up a win over McDowell in the conference semifinals. North Allegheny’s 9-8 win was spearheaded by Sarah Koehler and Ryley McClellan who scored four and three goals, respectively. Grace Cibula tallied two goals and goalie Kate Sekinger made 12 saves in the win.

In the conference finals, the Lady Tigers fell to Villa Maria, 14-4. NA received two goals from Koehler and a goal apiece from McClellan and Shannon Kress.