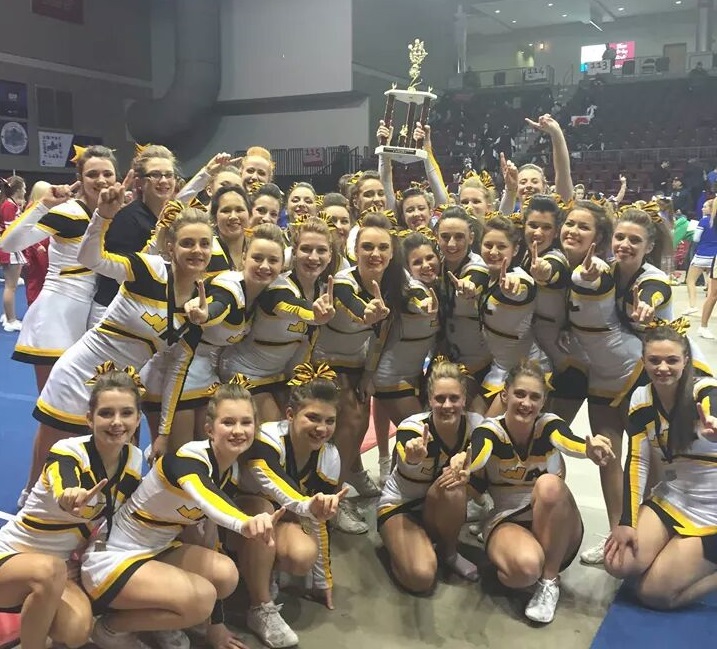 The North Allegheny Varsity competition squad traveled to IUP this weekend for the PA State Cheerleading Competition.  The event was held at the Kovalchick Convention Center on the IUP campus on Saturday, November 22.   This was the first competition of for both teams for the 2014-15 season.

The NA Varsity Competition team went into a highly competitive division of perennial powerhouse programs from all different parts of the state.  NA competed in the Large Varsity division with eight other teams, two of which were the 2013 PIAA State Champions in their respective divisions.

The Varsity competition team took the floor with a strong level of difficulty in their routine with the hopes of performing with a high level of execution.   After their 2 minute and 30 second routine, they left the floor feeling confident with a nearly flawless performance.  The team had to wait out several other performances following theirs from some outstanding cheer programs from the Johnstown and Harrisburg areas.   As the awards were announced, the NA Varsity team won the Large Varsity division and was announced as the PA State Cheerleading Champions!

It was an outstanding day and the Varsity cheerleaders are hoping this momentum will carry them into their Nationals qualifying competition in two weeks.