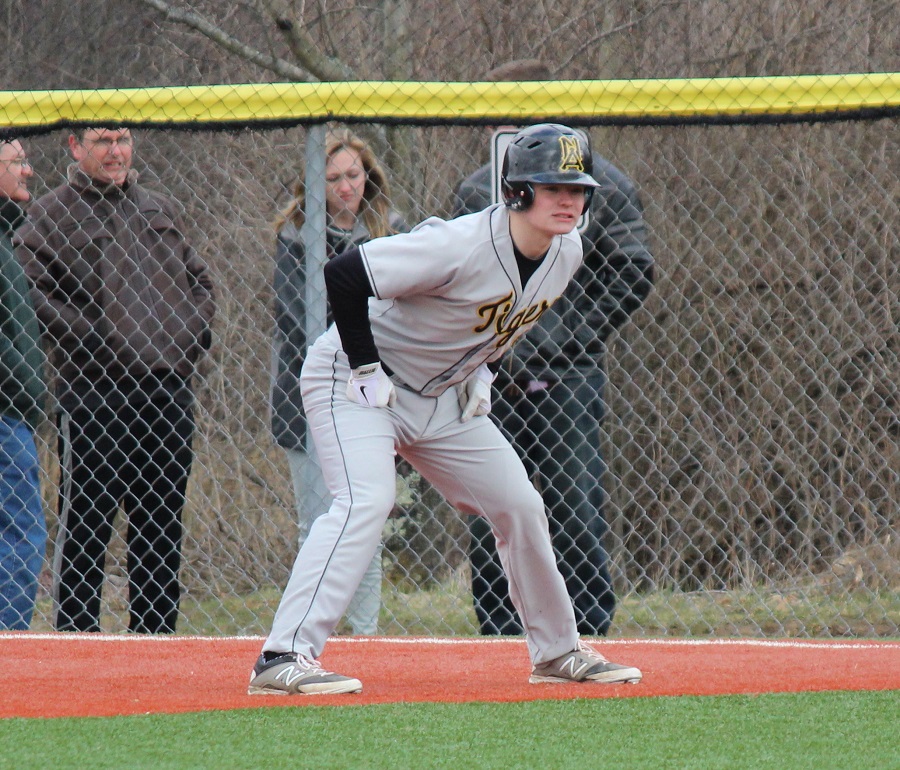 North Allegheny used a seven-run first inning to batter and beat the Gateway Gators on Tuesday afternoon, 13-2, in six innings.  The Tigers led 12-0 before the Gators finally scored a run in the bottom of the fourth inning and NA cruised to the non-section win.

Of North Allegheny’s 13 hits, seven were doubles and Josh Plichta had two of them as part of a 3 for 4, four RBI performance. Dan Trettel was 2 for 2 with a pair of RBI’s and two runs scored.  Mitch Machi and Garrett Hagen also produced two RBI days.

The beneficiary of NA’s run support was starting hurler Ben Marsico who allowed just one run on three hits in four innings of work.  Marsico picked up the win and Jake Fischbaugh pitched the fifth inning, allowing one unearned run.

The Tigers advance their record to 3-1 overall while Gateway falls to 0-2. North Allegheny returns to section play with a home meeting with the Butler Golden Tornado on Wednesday night. First pitch is scheduled for 7:00 pm.