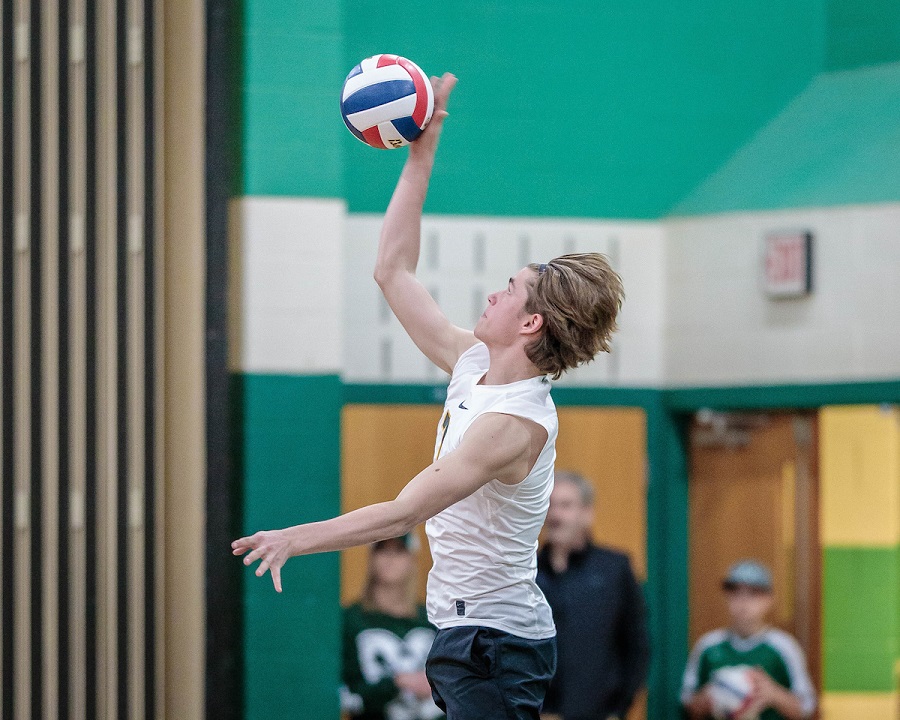 Having already claimed a Section 2-AAA crown, the North Allegheny Tigers continued with their section schedule on Tuesday night and made quick work of the North Hills Indians, 3-0. The Tigers won by set scores of 25-9, 25-15 and 25-12.

Most of the North Allegheny roster saw playing time in a match that was in control from the start. The Tigers’ leader in kills was sophomore Connor Ditka with seven, followed by senior Matt Donaldson with six. Ditka, Alex Zubrow and Sava Topich stacked the net for four blocks apiece. Senior Trevor Treser paced the defense with nine kills. Topich totaled a team-high 22 assists, followed by freshman Caleb Schall’s 11 assists.

Claiming a 37th straight win, North Allegheny improves to 14-0 overall and 11-0 in Section 2-AAA. North Hills remains winless in section play with an 0-11 mark. The Tigers will host Pine-Richland in the section finale on Thursday.