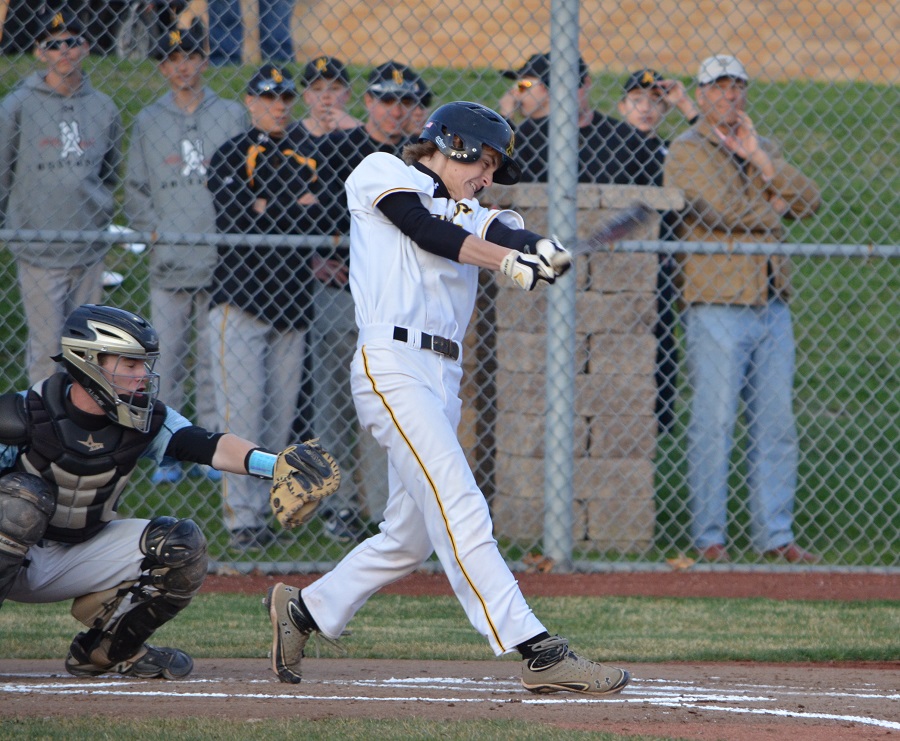 North Allegheny dashed to an early six-run lead and held off the Seneca Valley Raiders for a 6-2 triumph on Thursday night from NASH. On senior night, Matt Muslin and Dan Trettel paced the lineup with three hits each and the senior pitching combo of Mitch Machi and Tyler Saundry were key contributors for a Section 1-AAAA win.

The Tigers pounced on Seneca Valley starter Bryce Schnatterly for two runs in the first inning and four more in the second.  In the first inning, Luke Zahren trotted home on a ground ball by Brandon Rossier for a 1-0 lead.  With two outs, Machi tripled to deep left to score Muslin and bring the score to 2-0, Tigers.

Preventing Schnatterly from ever finding a rhythm, Josh Plichta led off the second inning with a walk and was advanced to second base on a single by Jason Monper.  A double steal moved the runners to second and third for Garrett Hagen who delivered an RBI groundout and the NA lead swelled to 3-0. An out later, Muslin doubled home Monper to make it 4-0, Tigers. Trettel followed with an RBI single and scored later in the inning on a Seneca Valley error to increase North Allegheny’s advantage to 6-0.

Seneca Valley trimmed the NA lead to 6-1 in the third inning when John Harper scored on wild pitch from second base. In the fourth, a two-out RBI single by Alex Hajduk scored Matt Wagner to bring the score to 6-2.

The Raiders were threatening again in the fifth inning with the bases loaded and just one out when NA coach Andy Maddix turned to Saundry out of the bullpen.  Facing Corbin Kessler, Saundry induced a ground ball to Muslin at second base who tagged out Vince Augustine and threw to first base for an inning-ending double play.

Saundry not only slammed the door on the Raiders in the fifth inning but also posted 1-2-3 frames in the sixth and seventh to secure the win. The tall right-hander picked up his third save of the season and Machi pitched 4.1 innings of three-hit baseball to up his record to 4-0. Seneca’s Schnatterly was chased in the second inning and was saddled with the loss.  Hajduk did his best to keep the Raiders in the game with 4.1 scoreless innings of relief, but it wasn’t enough as the Tigers collected an important section win.

Going 3 for 4 with two runs and a two-out RBI double in the second inning, Muslin was named the Wright Automotive Player of the Game by the North Allegheny Sports Network.  Defensively, Muslin also turned the double play in the fifth that squashed Seneca Valley’s final uprising.

With the win, North Allegheny climbs to 10-5 overall and 6-1 in Section 1-AAAA.  Seneca Valley falls to 4-8 overall and 3-4 in section play.  The Tigers will host Hempfield in a non-section game tonight before a showdown for section supremacy on Monday night at Butler.

To listen to the archived broadcast of NA’s victory, click here.