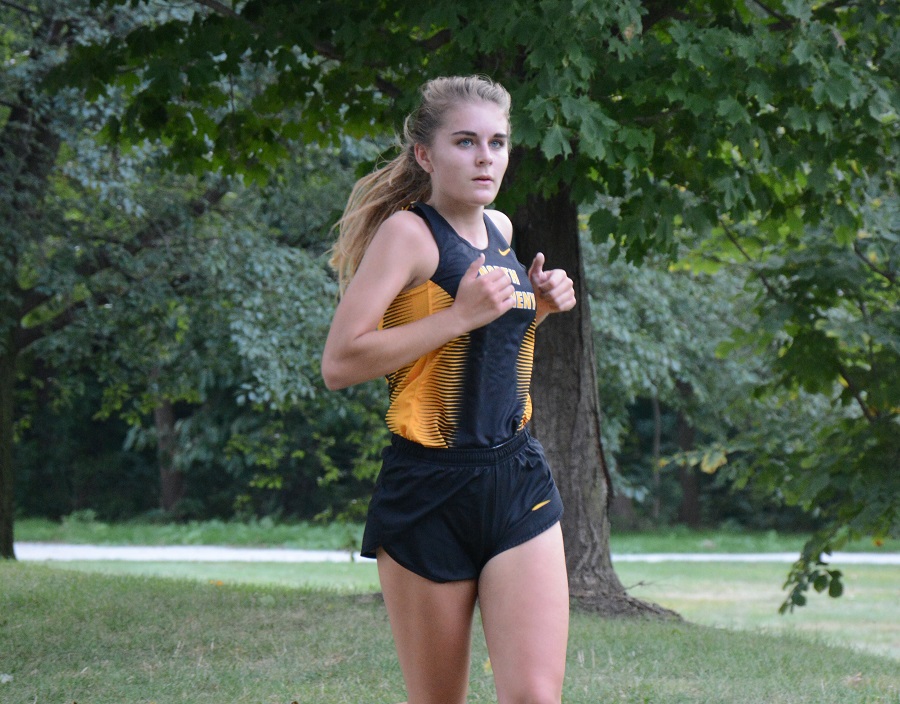 NAXC traveled to Knoch to compete against section rivals Butler and Knoch.

The girls came away victorious against both teams.  Clara Savchik set a new course record with a time of 18:35. Hannah Lindgren was third overall in the race, and claiming spots 7-9 were Ally Christy, Ally Meehan, and Jenna Mlecko. The Lady Tigers won 25-34 against the Golden Tornadoes and 18-45 against the Knoch Knights.

The boys dominated Knoch but lost a tight battle with Butler. Dan McGoey took second with a time that would have beat the previous course record. Cam Phillips had a nice race, placing fourth. Luke Turkovich claimed sixth place with a sprint finish, just edging out a Butler runner.  Stephen Nalepa and TJ Robinson rounded out the top five for the tigers, placing seventh and eighth overall in the race.  The boys team had a perfect score against the Knoch Knights (15-50), but fell short to Butler 29-27.

NAXC teams will travel to Boardman, Ohio this Saturday for the annual Spartan Invitational.