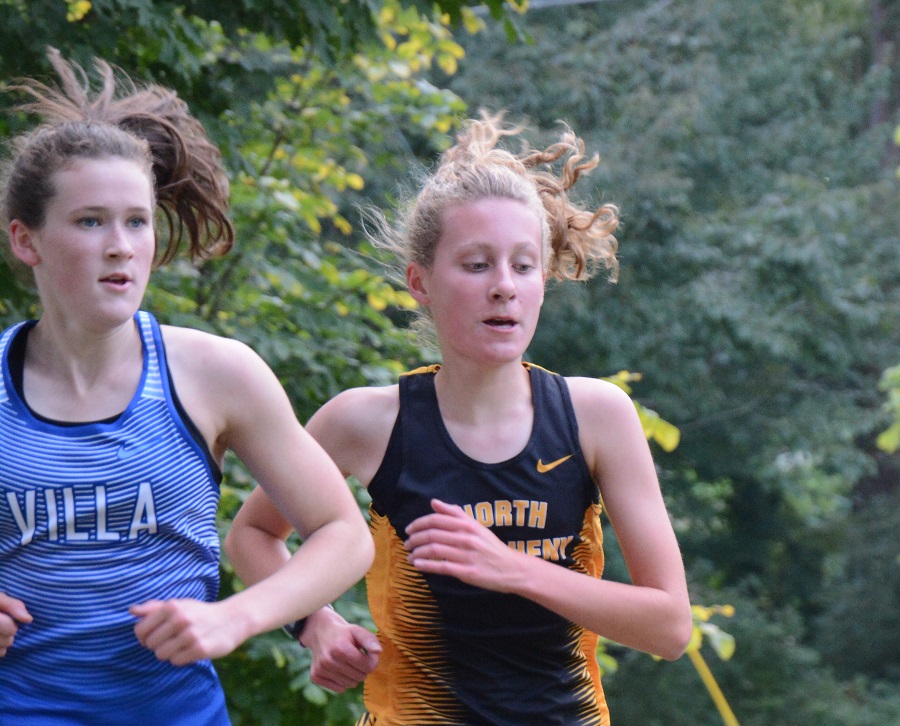 The North Allegheny cross country team traveled north to Erie, PA to race against Erie Cathedral Prep and Villa Maria Academy.  Despite a hot afternoon in the sun (90 degrees), both Tiger teams dominated the competition.

The girls won the season opener against Villa with an impressive score of 15-48.  The Lady Tigers had nine out of the top ten places and were led by race winner Hannah Lindgren.  Sophomore phenom Keeley Misutka was not far behind in second place. She was followed by freshman standout Rachel Hockenberry, junior Caroline Daggett, senior Ally Christy, freshman Maura Mlecko, and senior Ally Meehan.