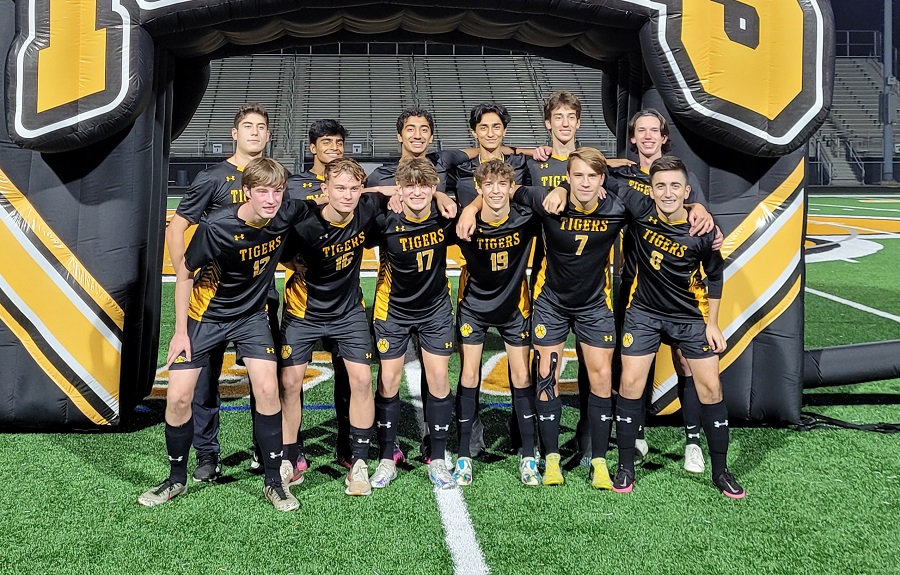 Fittingly, the NA seniors dictated the pace and dominated the action in the first half. Just 3:25 into the game, Ennis took a through ball down the left sideline and raced to toward the North Hills net to score the first goal of the night for an immediate 1-0 lead.

From that point forward, the rout was on. Anderson netted three goals in the first half, Vargo scored on a header off a corner kick, Shah tallied a first half marker and Ennis added one more to help NA take a 7-1 lead by intermission. Ennis finished with two goals and an assist to earn Wright Automotive Player of the Game honors.

In the second half, the Tigers cruised to victory with additional goals by Marzula, DiPrato and junior forwards Gabriel Gotz and Brendon Angermeier to close out an 11-1 victory. NA’s only blemish on the night came in the first half when North Hills’ Zach Fritz scored on a penalty kick.

North Allegheny improves to 11-4 overall and 8-4 in Section 1-AAAA, while North Hills falls to 2-13 overall and 0-12 in the section. The Tigers will host Upper St. Clair on Saturday for a non-section game at 2:30 p.m.